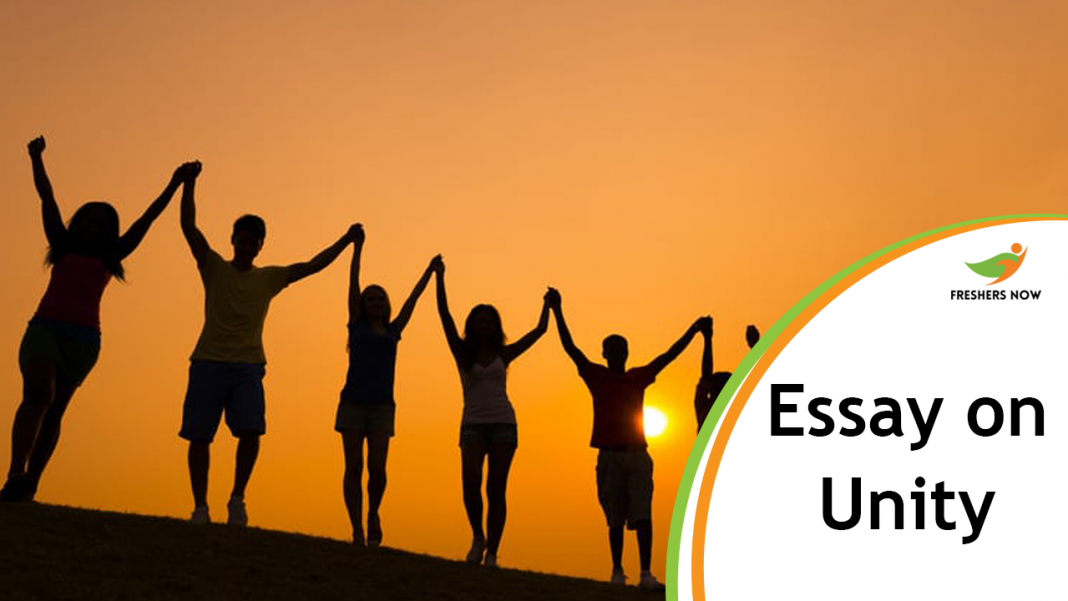 In this article, we are providing an essay on Unity for Students and Children. Importance of Unity, Advantages of Unity, Images. Students can go through this page for more information on Unity Essay.

Long Essay On Unity for Students and Children

It is the joint emotion of attachment and togetherness in individuals. It gives us the strength to acquire all the difficult situations that arise in all the phases of life. Unity plays a primary role in society and the nation. If we are united, we can easily cross all the odd circumstances either with joy or sadness, good or bad, thick or thin.

“Unity is Strength“, says and proves that it is accurate in life. Every human being should be united, which is very important in life. Being united helps people to solve any kind of problem and can come across hurdles in life. Unity makes the people strong, People should be together on all the good and bad days, then life becomes blissful and peaceful. If people are united in all the ways then their life will be happier.

Unity not only develops a person to be extra steadfast but also helps in the overall development of the nation. It will lead a way to acquire the economic, social, political, racial, cultural, linguistic, and religious unity in the country. India is a diverse nation with an enormous territorial area, there are different cultures and religions in the country. The unity in the country makes our country only one of its kind and special from the other nation. “Unity in Diversity”, is not just a phrase, it is depicted by the Indians.

Unity in the nation does not just mean that the people of all the cultures and traditions are one. It is meant that even there are many dissimilarities we will have to be together. For instance, the unity of India was displayed very well during the struggle for our freedom and Independence in India. All the people of the nation were together, sacrificed, and worked hard for the country. Irrespective of caste and creed people were united and fought for our nation’s freedom from the British people.

After the Independences, we have been waiting for the people to be always united and stay as one. But there still exist some differences in the people based on religious anarchy.

The importance of unity is depicted in phrases like, “Unity is Strength”, “United we Stand, Divided we Fall”, which are the facts of life. If people are united they will toil towards the common ambition for progress and a developed nation and life. If the unity is not present they will go on their path greedily without any thought process. The progress of the nation is in the hands of the people, there should be unity among the people for the empowerment of the country, only if the country is enhanced, people in the country can have better and standard living.

Unity is not destined for all cultures and religions to have to be together, it is meant, even there are dissimilarities people should have brotherhood feelings for the other people in the country. All the inhabitants together irrespective of caste, creed, gender, cultures, language, etc., should have feelings of bonding and attachments to each other. In short, it is not that every province builds the Nation. Unity and Integrity in the people will build a nation for better living. 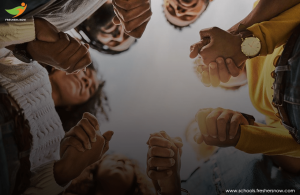 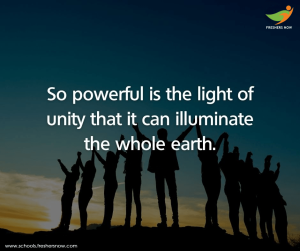 Dear Students and Children, you can download the Unity Essay in the Hand Written Format by Clicking the Below Click Here Link.