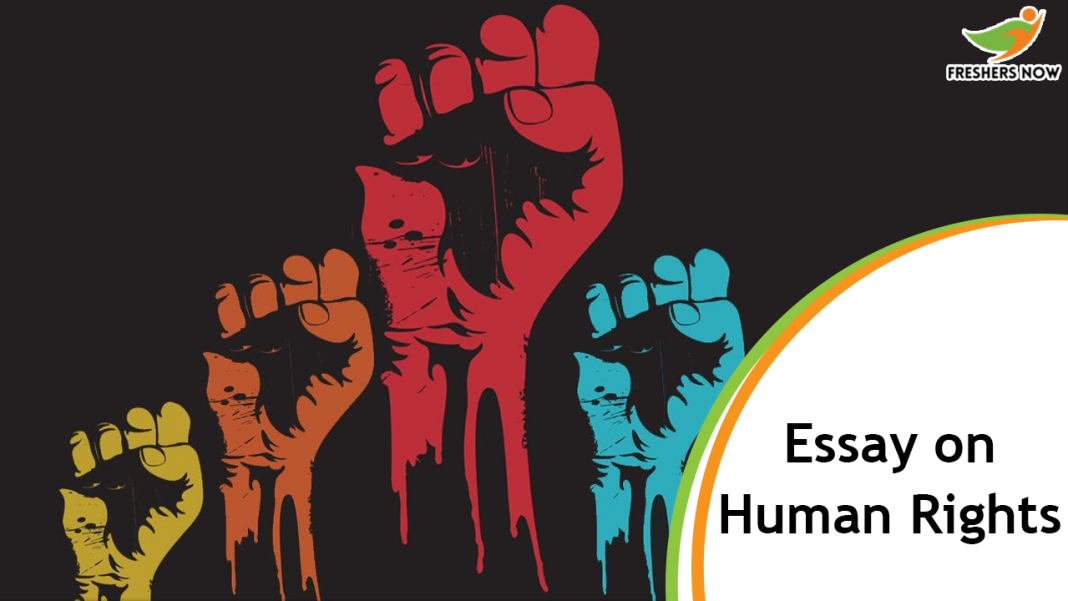 Human Rights are nothing but the right of the people to live with freedom in society. Human rights are important for people in the present modern world. It had become a tradition in minds of people in India due to the following of people from the past. In the past Ancient India, the lower wage and lower caste people were treated badly and suppressed their freedom, feelings. The lower caste people like SC, ST people were treated lowly because of their work, behavior, education, and based on various things. In the past days of the world, the Britishers ruled various parts of the world they develop fear in the minds of the people. Britishers played with the feelings of the people and with fear in people they start discriminating against people in ruling areas. The only thing that Britishers made is to expose their power and unity to the world. They didn’t have any discrimination within their people they only discriminate against the other people of various parts of the world. In this way, the past had discrimination in the people and they did not have human rights in those days for their freedom.

Human Rights are the set of rules framed for the need of people at various times according to the intolerance of people all over the world. There are various types of intolerance of people in individuals or groups. Human Rights are very useful in the modern days of the world to fight against the people who discriminate against them. These are useful for people from the twentieth century to today. These are framed at the National level and International level accordingly to the scenarios that happen for the people. Human Rights are framed in the olden days but their use and importance have been well useful during the present days.

The need for Human rights is the need for freedom of the people in society and their rights to live with people. Human rights are framed by considering the illegal activities that happened in the past and how people were troubled with those activities. The need for human rights is to abolish the negative thinking in the people towards other people. In the Ancient days of India, the people are divided into 4 categories but only in the last category people were faced with trouble from the other. As the people from the lower caste work as sanitation, fishing, butchers, cobblers, potters, etc. These people work hard rather than upper caste people and still, they were never received the importance of respect for their work. There will be huge intolerance towards these people like these people should not talk against, walk without chappals, should not educate, and many more.

Human Rights are divided into three types namely Civil-political, socio-economic, Collective- developmental. On the other hand not only in India but there are also various parts of the world people are discriminated against by people in their country or from other countries like Britishers. In the past mostly Britishers, Germans had domination on people where ever they move. The main power behind the power is equality in the people. They were divided into levels at work but not the life and freedom of their people.

Human Rights are needed for people not to mislead the track of people’s behavior in society. These will help the people to move freely in society and people will get fear discrimination against other people. All these laws make the people that every one of the worlds is equal and right to have the others. As we know everyone is equal before nature but man-made things like castes, untouchability makes people’s rights break in society. Every person should follow human rights and preach to the people who are not moving against Human Rights. 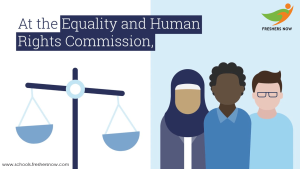 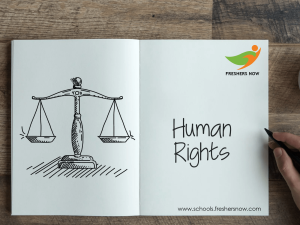 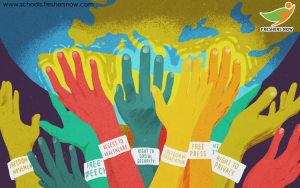 Conclusion: We hope that the above essays on Human rights were helped you to gain some stuff about it. The unique information in the essay on Human Rights helps your essay to beautify at exams and competitions.

Dear Students and Children, you can download the Human Rights Essay in the Hand Written Format by Clicking the Below Click Here Link.