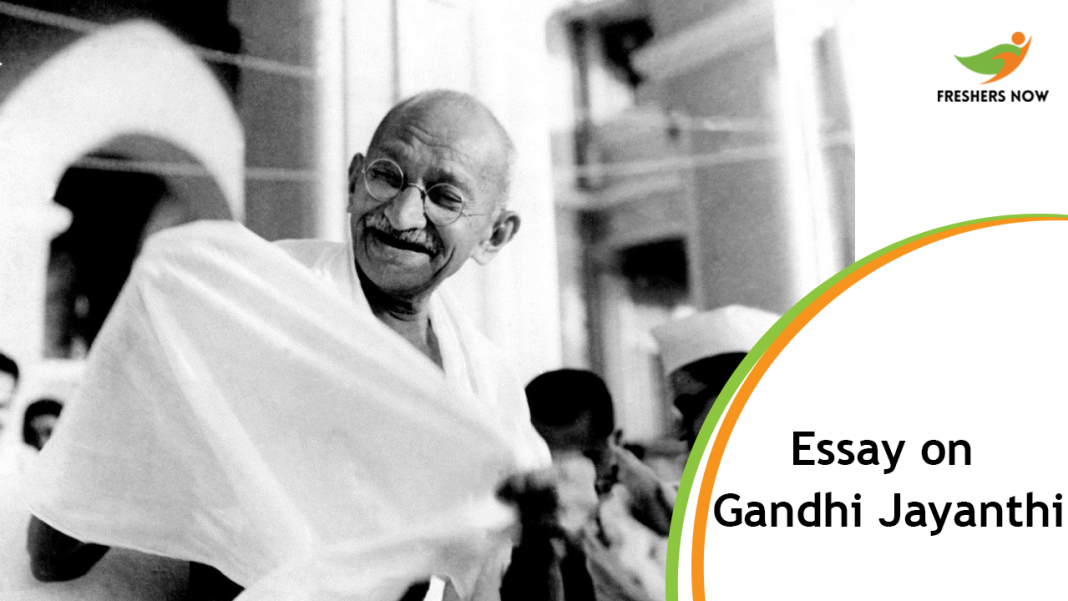 Gandhiji, whose full name was Mohandas Karamchand Gandhi was born on October 2, 1869, in Porbandar Gujarat. This year the world is celebrating Gandhiji’s
152nd birth anniversary. Mahatma Gandhi is known as the father of the nation. He played an important role in bringing independence to India. His philosophy and Nobel work made him gain the title of ‘Mahatma’ means ‘Great Soul’.

On this day, people celebrate with prayer, ceremonies, and cultural events that are held in colleges, government institutions, and socio-political institutions. The statues of Mahatma Gandhi are decorated with garlands and flowers. His favorite song Raghupati Raghava is also sung at some of the meetings. His birth anniversary is celebrated as Gandhi Jayanti.

Why Gandhi Jayanti is celebrated on 2nd October?

Gandhi Jayanti is celebrated on 2 October every year on the occasion of the birth anniversary of M.K.Gandhi the most prominent leader of India. He is popular for his non-violent movement, the significance of this day is to honor the iconic leader. Gandhi considered non-violence to be a philosophy and the principle which is required for a better society. The Satyagraha movement, Salt March, Non-Cooperation movement, Quit India moment are some of the moments which are initiated by Gandi.

Gandhi has come from a merchant family. He went to South Africa at the age of 24 to pursue law. He returned from South Africa in 1915. Then he became a member of the Indian National Congress. Due to his restless hard work, he quickly became the president of Congress. Mahatma Gandhi’s efforts were not restricted to Indian independence only. He also fought for various social evils which are untouchability, caste system, female subjugation, etc.

Gandhi Jayanti is one of the national holidays of India. This patriotic occasion celebration is held in every State and Union territory. He was a great freedom fighter who had spent his whole life in the service of his Nation. Gandhi Ji was not only a freedom fighter but also a social reformer. The day signifies his birth anniversary.

People, irrespective of their caste and religion, celebrate the day by organizing special events in schools and colleges. Gandhi Jayanti is a way of commemorating and remembering Gandhi’s messages and spreading his message of peace and harmony to the nation.

Many schools grandly celebrate this day. Students come in the color dress of their choice and enjoy the whole program with fun and enthusiasm. School management organizes many cultural activities like essay writing competitions, Quizzes, Teachers giving a speech on Gandhi’s struggles in his life for the freedom of our country.

Here Are Some Best Quotes By M.K Gandhi 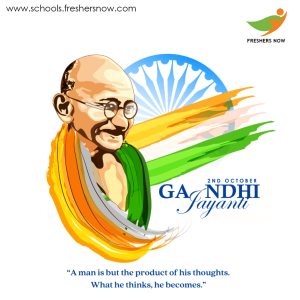 Conclusion: At last, We hope that the provided information helps students to prepare for an essay writing competition and to know more about Gandhi Jayanti.