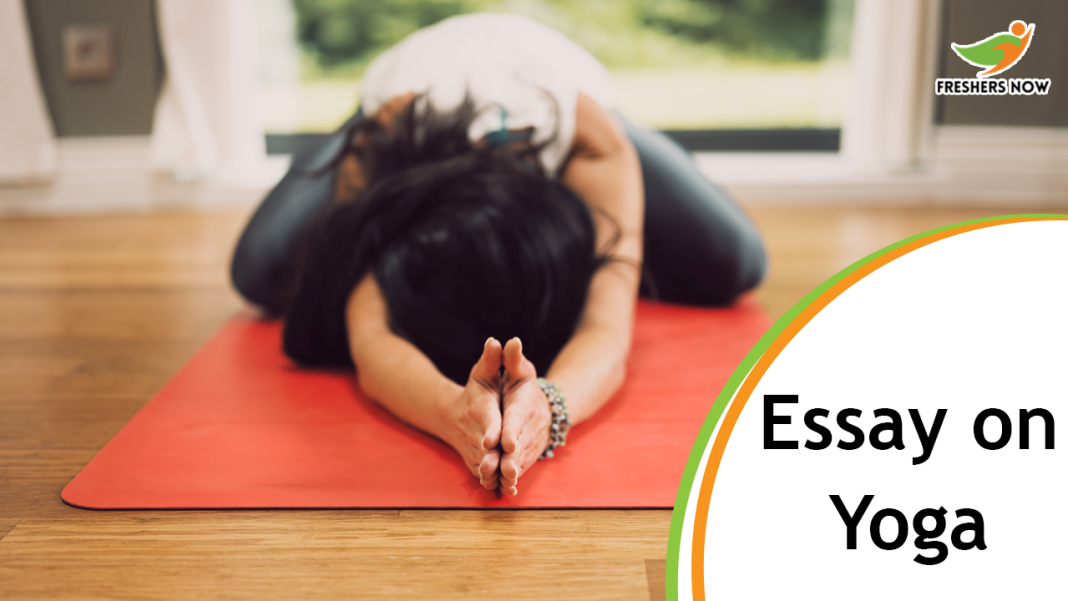 Here we have written an essay on yoga for students and children in English so that the students of classes 1, 2, 3, 4, 5, 6, 7, 8, 9, 10, 11, and 12 can refer to this complete article to complete their comprehensive assignments, classwork, and competitions and we have also written this essay intending to educate people about the importance of yoga so that everyone can read this article to know the benefits of yoga.

Essay on Yoga for Students and Children

The meaning of yoga is “a Hindu spiritual and ascetic discipline, a part of which, including breath control, simple meditation, and the assumption of certain postures, is widely practiced for health and relaxation”. Yoga is a practice in which all parts of the body become active by bringing them together to provide mental and physical balance. When we practice yoga every day, we are less prone to mental and physical illness. Yoga promotes a complete system of physical, mental, social, and spiritual development.

Yoga originated in the Indus Valley Civilization in South Asia and is an ancient system of physical and mental exercises. It was developed in India about six thousand years ago. The term yoga comes from Sanskrit and has two different meanings, one is ‘union’ and the other is ‘discipline’. The basic aim of yoga is to promote harmony of body, mind, and environment. Yoga has been around since ancient times and was practiced by yogis.

In ancient times, it was practiced by the followers of Hinduism, Buddhism, and Jainism. Slowly, western countries started practicing yoga. Since then, people all over the world have been practicing yoga to relax their minds and keep their bodies fit. Moreover, when yoga became popular, India became known for yoga all over the world. Many people from all over the world came to know about the benefits of yoga and started practicing it. Various workshops and programs are organized to make people aware of yoga. Yoga is a collection of 196 verses or sutras on yoga. And thus Patanjali is known as the father of modern yoga.

Many Americans practice yoga: about 36 million Americans report doing yoga regularly, or about 10% of the population.

One for everyone: There are more than a hundred styles of yoga.

A hit on social media: At any given time, 60 million posts are circulating on Instagram.

The yoga mat was invented in 1982: Angela Farmer used a carpet pad to create a comfortable, non-slip surface.

She’s inspiring: Through her experiences with yoga, Elizabeth Gilbert was inspired to write her best-selling book, Eat Pray Love.

Yoga is a physical, mental, and spiritual practice that has been practiced since ancient times. Practicing yoga is not about losing weight and strengthening muscles, but people have discovered many health benefits of yoga.

Improves posture: Practicing yoga regularly improves your posture and prevents lower back and back pain.

Improves flexibility: When you do yoga asanas, the flexibility of your body increases, which in turn leads to you being able to perform complex asanas.

Keeps away diseases: Practicing yoga strengthens the immune system to fight various diseases. Yoga helps in destroying various viruses that we get afflicted with during seasonal change.

Increases blood flow: The relaxing yoga exercises regulate the blood flow to every part of your body. 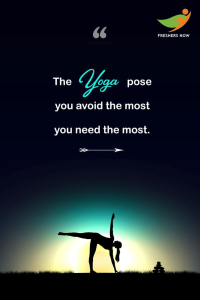 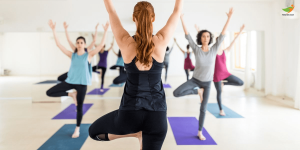 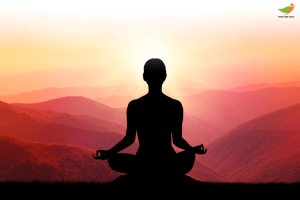 Conclusion: We would like to conclude this essay on yoga for students and children in English by saying that yoga is not a religion; it is a way of life that aims at a healthy mind in a healthy body. It relieves stress, anxiety, and confusion, reduces fears, clears the mind, and balances the body and mind. So everyone should adopt the lifestyle of yoga to stay healthy (physically, mentally, and spiritually) and fit.