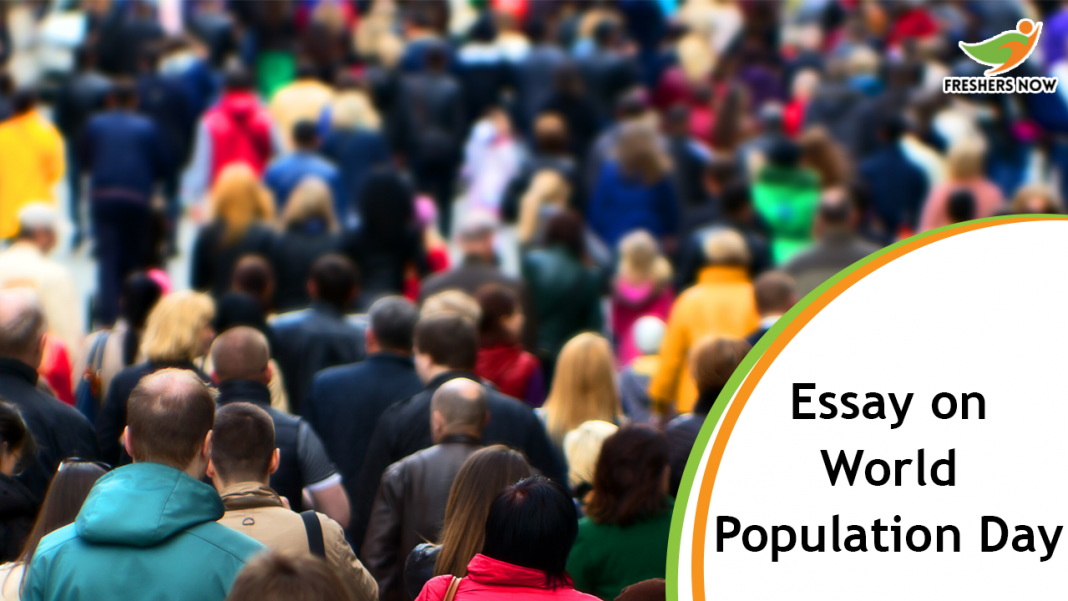 Why World Population Day is Celebrated?

The proposal of celebrating World Population Day was started in 1989 when the World population was reached five billion. This decision was taken by the United Nations
Development Program. This day is celebrated to control the increasing population. The United Nation warned about the effects of overpopulation which comes under food shortage, Water shortage, Shelter problems, etc. does not mean killing someone, but it means controlling the issues which are created by the overpopulation problem.

The day is significant because it highlights the problems of overpopulation, the effects of overpopulation on the environment, and development. It also talks about the health problems faced by childbearing women and the importance of family planning, gender equality, poverty.

World Population Day is celebrated across the globe in various ways. The main aim of this day is to bring awareness to various population issues as these days the population explosion is one of the major concerns of the world. On this day different events like seminar discussions, awareness program camps, etc. Population of many
countries around the globe are growing rapidly.

Speeches are delivered to help people understand the necessity to control the population. Every year different themes are set for World Population Day. The events and activities organized on this day focus on the specific theme of the year to reach the theme to the people on controlling population.

World Population Day, celebrated on the 11th of July each year, is a day to bring the problem of population and make the general public realize how their contribution can help in solving this problem to a large extent.

To reach the public, a specific theme has been introduced every year. The main purpose of the celebration of World Population Day is to address the concern of rapid population growth.

People who are living far away from cities don’t know the impact of overpopulation. Many speeches and awareness camps are organized to reach those people. Many organizations especially NGOs volunteer to go to such places and spread awareness about population-related problems and the effects of overpopulation.

China, India, and the United States are the top three countries that have the largest population count. By way of various activities organized on World Population Day people are made aware of the problems related to population, how they can help overcome these problems and how would they benefit if this problem is controlled. This encourages people to put effort to overcome this global problem. Thus a great initiative by the
United Nations to control the problem of a growing population.

Conclusion: At last, We hope that the provided information helps students to know more about World Population day.

Dear Students and Children, you can download the World Population Day Essay in the Hand Written Format by Clicking the Below Click Here Link.