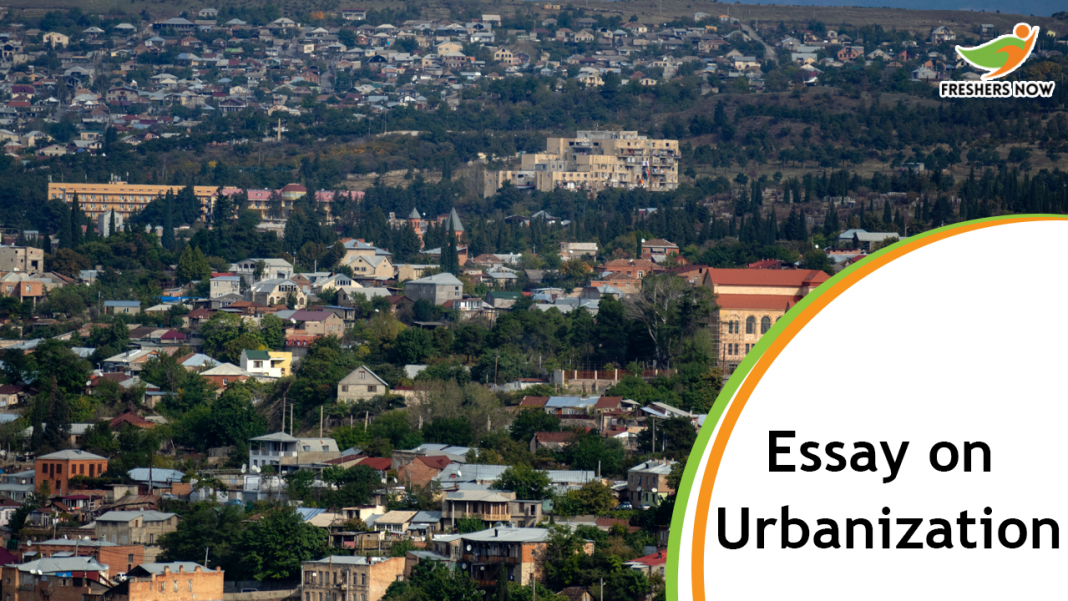 Urbanization of the country increasing means the development of the country is not on the right path for the future of people. The people of the country moving means there are no developed facilities like Multisepicality hospitals, Malls, IT hubs, Manufacturing companies, etc. All these needs are essential for people in the modern world to compete with urban people. The people will also start to move for better opportunities that are not available in villages. As the people of villages move to cities the cultivation level decreases and can result in food scarcity. If people move to urban areas there will be a need for land and natural resources. With the demand for land, deforestation increases, and transport also increases. With the huge population, the pollution in the cities increases and air density increases resultant in many diseases. For country urbanization should not if the country was developed in all areas in equal ratio and help the people needs. Urbanization can also be controlled by the decisions of government ideas.

Urbanization can be referred to as the migration of rural people to urban areas in search of various needs to run their daily life. In India, the percentage of Urbanization is increasing every year due to improper planning in the development of the country. In countries with huge populations like India, Urbanization should not appear in the minds of the people. The reason behind this is there is no availability of land, natural resources, and many other basic needs to fulfill the migrated people. Proper planning and maintaining of needs the people is always a big challenge to the government of the country. Any person will migrate for a job to attain money to fulfill their daily needs.

The migration of people to urban areas is the cause of improper development in the rural areas of the country. In rural areas, people cannot get opportunities in technology and some basic needs. The basic needs like Hospitals, IT centers, food products, and many other varieties will available in the urban areas. As technology is improving day by day people were also addicted to technology and development changes. Every person started thinking to inculcate them into their lives.

The rural areas of the country will not develop due to the lack of proper roadways for transportation and availability of electricity and also people will not encourage them faster. The highlight of urban areas is the people are ready to grow up the product if they are useful and all the urban areas are connected to other urban areas. Another reason behind rural development is the government policies and offers for the companies, even the companies will have an interest in investing in the urban areas.

The government of the country should bring up investors for the development of the rural villages. The companies will prefer according to the development and the basic availability needs. As the rural areas are rich in farming industries and small-scale industries the government should bring up the development and technologies into those sectors. The result for the development can stop the people to migrate and involve in the activities available in their surroundings. There is the biggest hazard in urbanization is food scarcity. If the rural people are started migrating then the count of farmers and the number of cultivation decreases and tends to demand food.

Urbanization can lead to huge damage to the environment, as the people of a large amount live in a small area the density of population increases. In the same way, the pollution in the area increases, the density of polluted air increases, solid waste increases, the demand for more electricity, water, and many more. Then the people of that area lead to many health issues like breathing problems, vitamin efficiency, skin problems, and more diseases. In a parallel way the demand for natural resources like water, land, etc will increase. The cost of living for a person also increases in urbanization. The control of urbanization is only in the hands of the government and planning of the country’s development.

Urbanization is a hazard for nature and also for the health of human beings. Urbanization can even be stopped in the modern world with the help of the decision of the Government. The government should also develop rural people to give equal competition for urban areas of people. If Urbanization was increased then there will be a large number of scarcities occurring in human life. Urbanization can break only with the equal development of the country.

Essay on Urbanization for Students and Children | PDF Download

Dear Students and Children, you can download the Urbanization Essay in the Hand Written Format by Clicking the Below Click Here Link.