In this article we have provided an Essay on Unity is Strength: Short Essay, Long Essay, Quotes, Images. People who are in search of this essay can go through his complete article which is provided for children and students separately.

Short Essay on Unity is Strength

This is the Short Essay on Unity as a Strength for children. The phrase “Unity is Strength” implies we should be united to be strong. In life, it is very important to be united in some situations. The situations may be good or bad, when we are united we can achieve anything. People of today only know the phrase rather they do not the inner meaning of it. People who are united in all the situations in life get good recognition and achieve success easily in life. Most of the people in the society want to be separate in all the situations and when the time arrives for any need there will be no one to help them. So by this, we can understand how important is unity.

In all situations of life unity is important rather without it a person cannot move forward in society. Unity refers to any teamwork and the essence of happiness is being felt by every person in the group. Unity brings harmony and peace within the group and there exists a lot of understanding. An individual with immense pleasure to succeed in his life alone is not possible because this process needs the help of many different people. So it is better to be united in all the times in life. Many companies follow this saying for their team leaders to achieve success in a short period. Hence, “Unity is Strength” makes people to be united in every situation of life.

Long Essay on Unity is Strength

Here is the Long Essay on Unity is Strength which gives us the clear meaning of the phrase. “Unity is Strength” is the famous proverb that we are hearing for many years. It is very important to be united in all the situations of life. Speaking, a group of united people can achieve success in a greater way. The happiness of the group after achieving success will be intolerable for the great efforts they have put into the successful completion of the task. People who are united in all situations will have great success in life personally. Life gives us many opportunities which we have to make use of it in a correct manner. When people stay united they are bound to have a clear vision in achieving success.

In certain circumstances in life, unity paves way for more opportunities and helps to reach success in life. A person who does not maintain any unity with other members will not get the help of anyone even in an emergency. So unity is more important in life. Even the difficult tasks that cannot be done can be achieved through unity. Organizations follow this proverb for the successful completion of the projects. The team members should maintain unity and understanding within them for achieving the target of the company or the completion of the projects. Unity helps us to grow in different aspects of life. When there is the presence of unity there will be courage in the hearts of the people in the group.

When we look into the pages of history, we see many freedom fighters who fought for independence with unity. The struggle for freedom of India is not made by one person or two persons it is made by the many great leaders with unity. United there and they can fight against the British Government in one voice. At last, the unity within them made India free from British rule. Unity gives motivation and helps the fight against anything in our life. The essence of happiness is very tasty when achieved with unity.

India is a secular country with varied people in every part of the country. People in the country belong to different religions, communities, cultures, customs, etc but still, they stand united when there is any harm to the country. People stand on one word and fight against the opponent for the safeguard of the country. So by this, we can understand the meaning of unity. The more unity within the people the more power to fight against the threat. Hence, “Unity is Strength” is a narrow phrase with a deep meaning in it enriches
people with the strength to raise their voice unitedly. 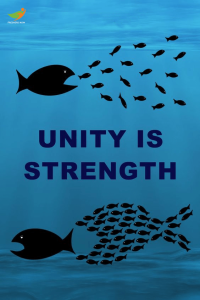 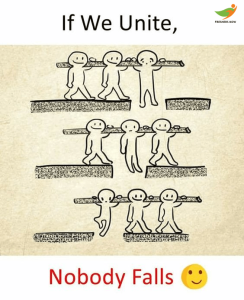 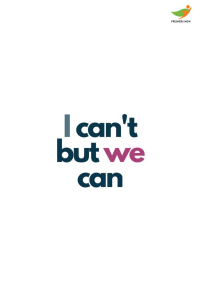 Conclusion: In the conclusion of this essay, people identify the importance of unity in all situations in life.

We wish that the above-provided Essay on Unity is Strength is very useful in your search for the essay.