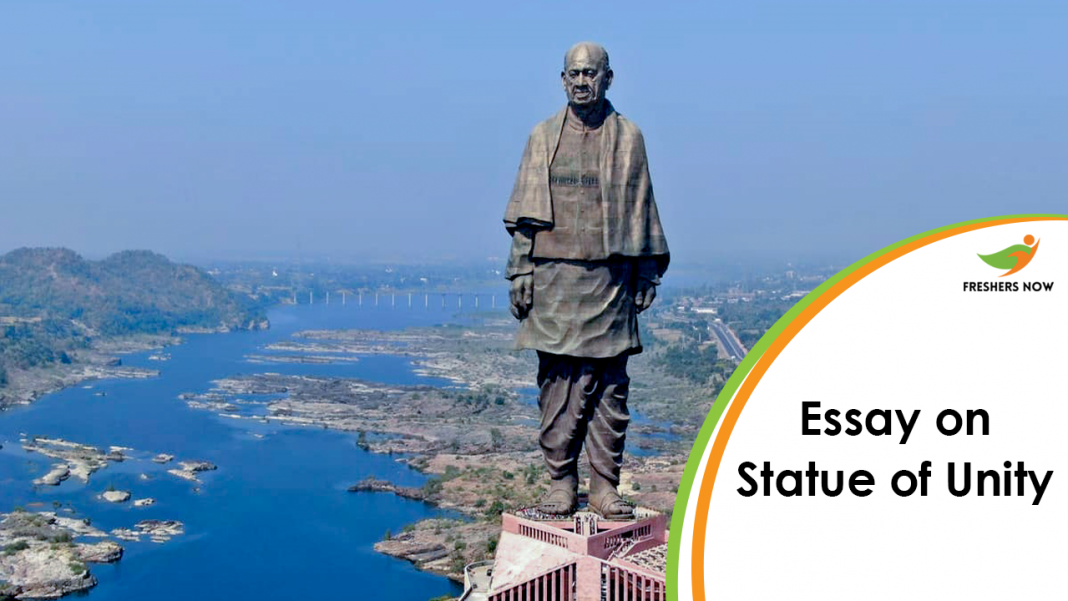 The Statue of Unity is built to honor and respect the greatest Indian Revolutionary leader and Freedom fighter, Sardar Vallabhbhai Patel, also known as the “Iron Man of India”, He was the first deputy Prime Minister of India. He played a crucial role in bringing all the 562
princely states together which were detached in the country. This alliance created formed the political frontier of the nation. All these actions lead to the Republic of India. The courage in him gave him the name Iron Man of India.

The Statue of Unity inauguration of the construction of the state of unity was laid by Shri Narendra Modi in Gujarat on 31st October 2013. This day was marked as the 138th birth anniversary of Sardar Vallabhbhai Patel. The Height of the statue is 182 meters, this embodies the number of seats in the current-day legislative assembly in Gujarat. The construction of the state of unity is made up of steel framing with concrete underpinning
bronze cladding. The investments for this mammoth project were generated on a Public-Private Project, whereas the Gujarat state government-funded huge finances for it.

The number of people involved in the project was three thousand workers and three hundred engineers. The Statue of Unity was inaugurated on 31st October in the year 2018
and was open to the public.

The Statue of Unity is located in Gujarat, near Sadhu Bet Island on the River Narmada, in between Satpura and the Vindhya mountain region. Also, a lake is set up all around the statue for the walkway of the public.

Origin Of Statue Of Unity

The project was announced by Prime Minister Narendra Modi in a press conference on the 7th of October in the year 2010. He was the Chief Minister of Gujarat then, on the occasion of his 10th year as Chief Minister of Gujarat by honoring it to Sardar Vallabhbhai Patel.
Firstly, the project was named “Gujarat’s tribute to the nation”. The Government of Gujarat initiated a trust in the name of Sardar Vallabhbhai Rashtriya Ekta Trust, it was responsible for the completion of the statute.

Later, the state government instigates progress for the Statue of Unity, where it solicited the farmers to bestow their older and exhausted farming tools, to reimburse for the iron required to construct the statue.

The initiative by the government was a huge victory. Rapidly sufficient, added than five thousand tons of iron was elevated as an input to the project. On the other hand, the iron collected was worn in making the other fragments of the project to a certain extent than being used in constructing the statue.

Moreover, the Suraaj appeal was on track to support the project. The petition was signed by a gigantic number of twenty million people which made it the world’s largest petition to date. It started the construction on 31st October 2013.

Features Of Statue Of Unity

Conclusion: The Statue of Unity is Pride to the Nation. It shows the dedication and hard work of Indians. Also, the respect and honor for our leaders and freedom fighters are brought into the limelight.

Essay on Statue of Unity for Students and Children | PDF Download

Dear Students and Children, you can download the Statue of unity Essay in the Hand Written Format by Clicking the Below Click Here Link.