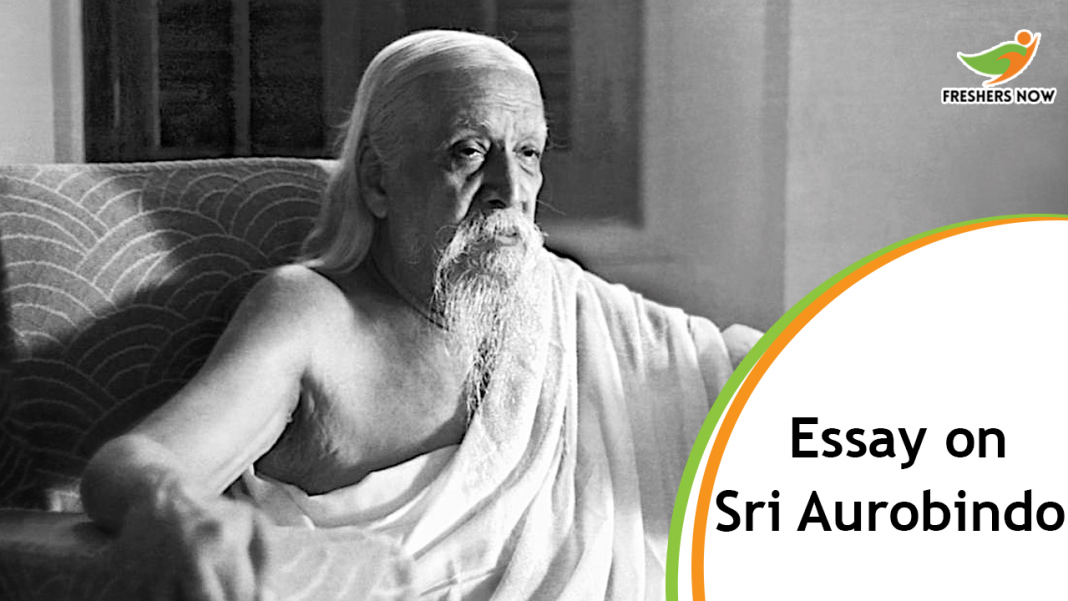 In this article, we have provided an Essay on Sri Aurobindo: An Introduction, Short Essay, Long Essay, Quotes, Images. To know the complete life history and life experiences, Sri Aurobindo goes through the complete article which is very helpful for you.

Here is the short Introduction to the Essay on Sri Aurobindo which lets you know the concept of this essay in short. Sri Aurobindo Ghosh is an Indian philosopher, yogi, guru, poet, and nationalist. He is one of the great reformers and most eminent people all the time in Indian history. He is part of the Indian movement for independence against British rule. He became the spiritual reformer to bring the revolution to human progress. Aurobindo became a great leader and became part of independence and later renowned as a great reformer for the people.

This is the Short Essay on Sri Aurobindo which helps the children to get the details of him concisely. Sri Aurobindo Ghose was born on 15 August 1872 in Calcutta, Bengal Presidency, British India. Aurobindo is a great philosopher, poet, translator, mystic, critic, writer, etc. Aurobindo’s parents are their father Krishnandhan Ghosh and his mother Swarnalata Devi. He was brought up in western culture and he is very good at speaking English. His father is always attracted to the British culture so for this reason he was sent to Laureto House Boarding School in Darjeeling to improve his communication skills. He moved to England to complete his further studies for working in the Indian Civil Service. Later he moved to King’s College of Cambridge in London.

In 1893, he joined Baroda College and learned Sanskrit, Gujarati for the sake of passion for Indian philosophy and culture. Later he returned to India and joined the Indian Movement for Independence and later became a great philosopher for the people in India. He joined the Indian movement to save the people from British rule. In the year 1908, he was jailed by British Rule for the Alipore Bomb Case. During his tenure in jail, he wrote writings on British rule. Later in the same period in his jail, he diverted his mind towards spiritual life and yoga.

He came out of political life in the year 1910, he later practiced yoga without a teacher and learned yoga himself. He started to publish a monthly magazine called “Arya”. This publication was ceased in 1921. Thereafter his publications in the magazine are The Life Divine, The Synthesis of Yoga, Essays on The Gita, The Secret of The Veda, Hymns to the Mystic Fire, The Upanishads, The Renaissance in India, War and Self- determination, The Human Cycle, The Ideal of Human Unity and The Future Poetry, etc. In the year 1926, he started Sri Aurobindo Ashram with his disciples. Sri Aurobindo Ghose’s last breath was on December 5, 1950. This made many people depressed about his long-lasting serving.

Here is the Long Essay on Sri Aurobindo which helps to know the life history of Aurobindo in detail. Sri Aurobindo Ghose was born on August 15, 1872, in Calcutta, BengalPresidency, British India. He belongs to a Bengali family and his father Krishna Dhun Ghose was an assistant surgeon and later became a member of the Brahma Samaj. Aurobindo has siblings along with him. Aurobindo from his childhood was brought by communicating in English because his father wants the British culture to be higher. Later he was sent to Laureto House Boarding School in Darjeeling for the improvement in communication of speaking English along with his siblings.

Later his father dreamt of Aurobindo entering into Indian Civil Service. For this reason, he was sent to England for further studies for achieving this goal in the year 1879. After that in the year 1884, he was joined St.Paul’s School, and there he learned many new languages like Latin, Greek, Sanskrit, Gujarati, Hindi, and many more. Later he moved to King’s College, Cambridge, London, and he was qualified for the written exam for obtaining the service, the second is that his horse-riding test failed due to no interest in the service.

In the year 1893, he joined in State service in Baroda. later he joined as a French teacher at Baroda College to teach grammar. There he wrote many articles for Indu Prakash. Later he made a move towards Indian Politics for the freedom of British rule. He took an active part in Indian Movement for Independence and there he fought against the British to set the people of India free from the British. In the year, 1901 on a visit to Calcutta he married Mrinalini and she died at the age of 17. In the year 1908, Aurobindo was caught in the connection with the Alipore Bomb Case and jailed. During their period in jail, he wrote books and articles for publication. In the same period in jail, his mindset changed to spiritual life so after the release he resigned to the political life and entered into spiritual life.

In the year, 1910 for the beginning of his different life into Yoga and spiritual life. He knew nothing about yoga and he learned yoga on his own by the rules of Ganganath. In Pondicherry he was with his new spiritual life. There he wrote a Magazine called “Arya” and this publication is ceased in the year 1921. After many years after the complete knowledge of the publications, he wrote articles like The Life Divine, The Synthesis of Yoga, Essays on The Gita, The Secret of The Veda, Hymns to the Mystic Fire, The Upanishads, The Renaissance in India, War and Self-determination, The Human Cycle, The Ideal of Human Unity and The Future Poetry, etc which are published in the same magazine called “Arya”.Sri Aurobindo Ghose died on December 5, 1950. By his death, people around 60,000 attended for him to see from different parts of the country and mainly his followers. Many great people and ministers commemorated his death for his contribution to philosophy. 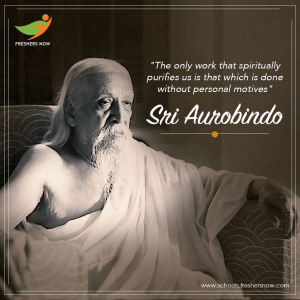 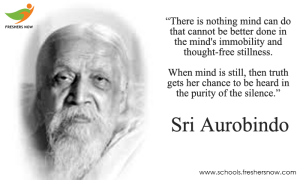 Essay on Sri Aurobindo for Students and Children | PDF Download

Dear Students and Children, you can download the Sri Aurobindo Essay in the Hand Written Format by Clicking the Below Click Here Link.