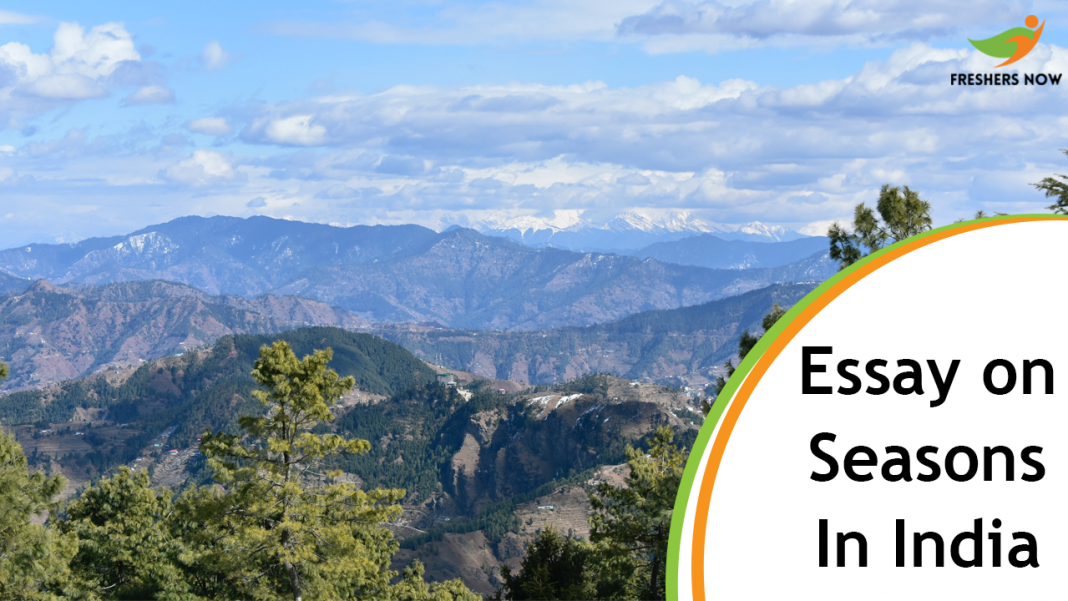 In this article, we are providing an essay on seasons in India for students and children. Significance of each Season in India, Quotes, and images. Students can go through this page for more information on Seasons in India.

What is a Season?

A season is a division of the year based on changes in weather, ecology, and the number of daylight hours in a given region. In popular culture, seasons are often divided by calendar dates irrespective of weather and other deciding factors.

On Earth, seasons are the result of Earth’s orbit around the Sun and Earth’s axial tilt relative to the ecliptic plane. In India, from ancient times to the present day, six seasons or Ritu based on south Asian religious or cultural calendars are recognized and identified for purposes such as agriculture and trade.

Essay on Seasons in India for students and children 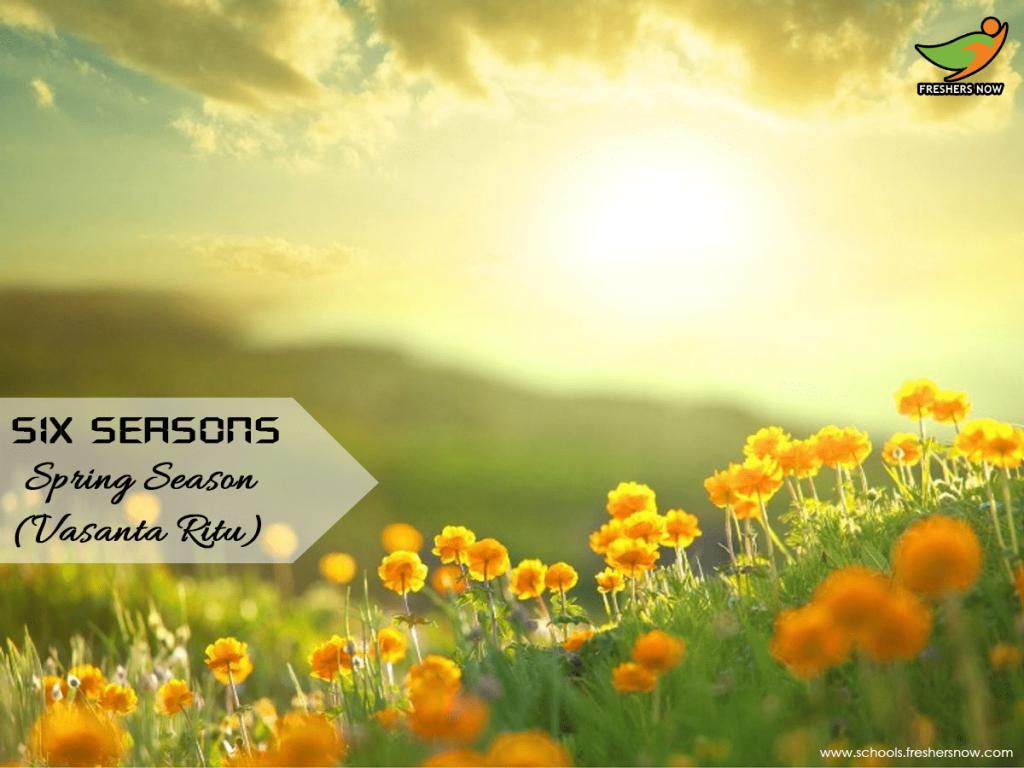 This season is neither cool nor hot in several areas of India. Nature offers several gifts throughout this season. In villages, trees welcome with colorful and beautiful flowers. The time of this season is treated to be the most-liked season by many of us. Spring is the season after winter. Days become longer and the weather gets warmer in the temperate zone because the Earth tilts relative to its orbital plane around the Sun. 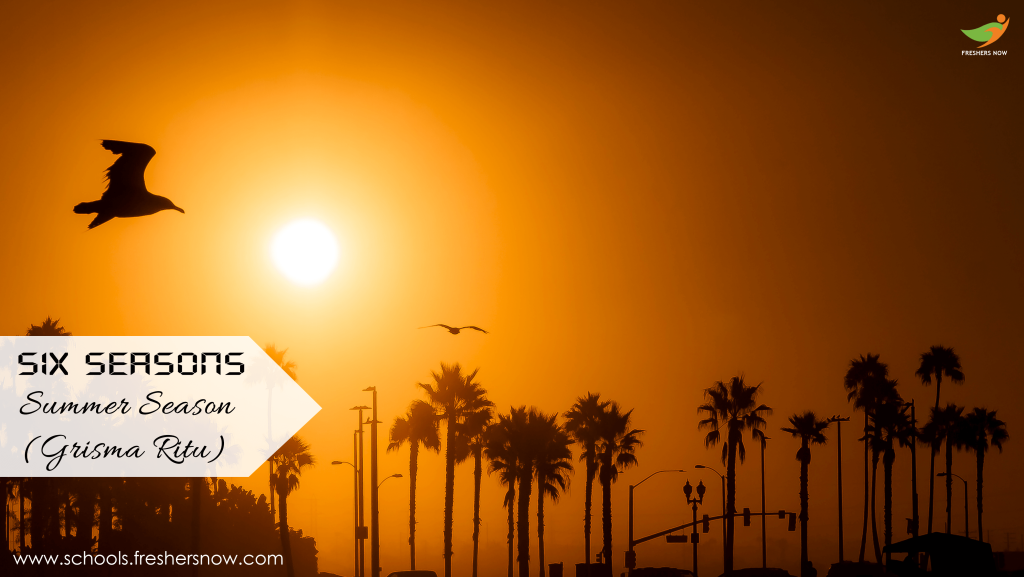 The word ‘Grisma’ is derived from another Sanskrit word ‘Grishmarutu’ meaning ‘summer’. Grisma Ritu is preceded by Vasanta Ritu. Summers start from mid or later
March and continues for two months according to Hindu tradition. In this season the temperature became extremely high, the water in the ponds and rivers starts to dry very quickly.

Moreover, this is the most entertaining season for kids and students who enjoy it fully because their school gets completed in the summer season. Students also enjoy half-day school. In this free time, students also participate in various skill development programs and showcase their hidden talents and explore their talent in this world. There are also many challenges this season. Mainly kids and aged people have to take the necessary precautions. Though the season gets loved by lots of children and females in the country, and lots of people, hate this season due to several reasons. one of the main reasons for hating this season is because sometimes the rains get so hard that various places get flooded. Various crops, plants, and trees get ruined if the rain falls very heavily. And after rain, the humidity level goes extremely high due to which a lot of people die of humidity and heat during this season. 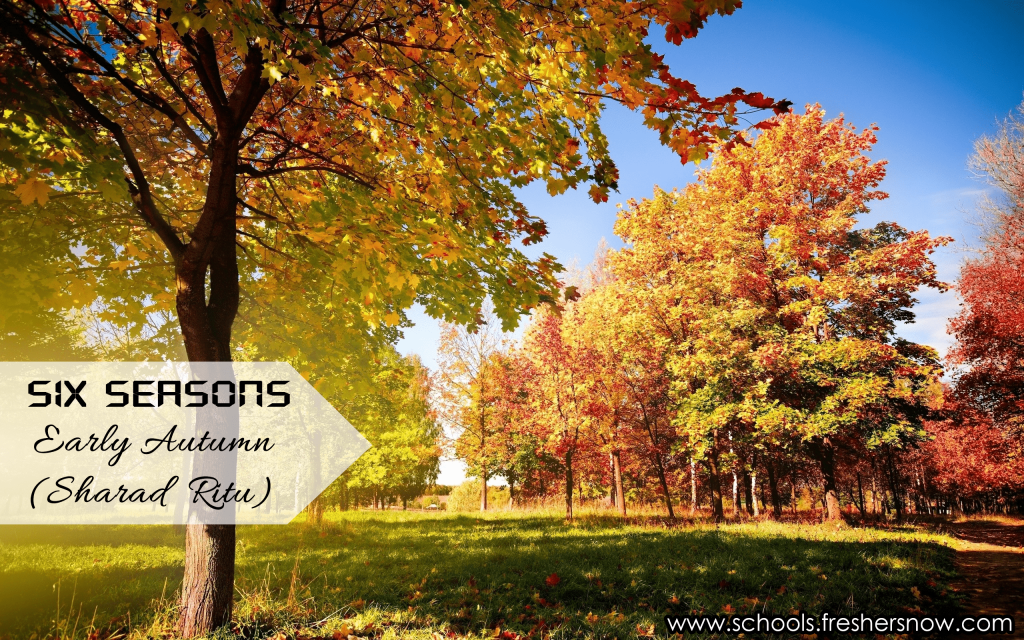 Sharad Ritu is one of the six Indian seasons during which the hot and humid weather begins to recede. This Ritu is known as Autumn Season. Sharad Ritu is the time to experience some of the prime Hindu festivals. It is the most awaited of all the six best Indian seasons. Also, the middle period of Sharad Ritu observes Autumnal Equinox.
Equinoxes are unique geographical events wherein Earth’s axis is tilted in a way that it is neither inclined neither towards nor away from the Sun. Equinoxes occur twice every
year, once in the Spring Season and once in Autumn. 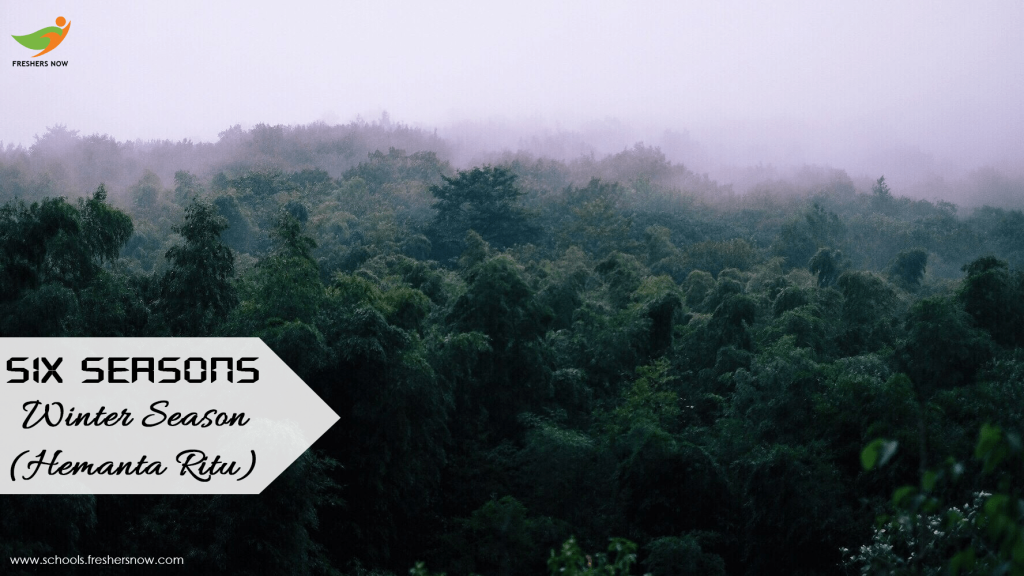 Hemanta Ritu is one of the six Indian seasons that welcomes the colder months. The beginning of the winter season is termed Hemanta Ritu. During this period, cold climatic conditions prevail and are referred to as the Pre-Winter season. As per the traditional Hindu calendar, Hemanta Ritu prevails during the ‘Margashirsha’ and ‘Pausa’ masa. Shishir Ritu is the coldest of all the six seasons and is characterized by cold climatic conditions. During this time some regions even witness snowfalls with temperatures falling to below zero degrees. Cold winds, dryness, occasional clouds, and mild rainfall are some of the features that Shishir Ritu. Shishir Ritu is the last month of the winter season. The common problems faced in this season are the common cold, flu, asthma attack, throat problems. Everyone must take necessary precautions to not affect any of the symptoms.

Conclusion: At last, we hope that the provided essay on Seasons in India for students and children helps students to know more about Ritus and also helps to prepare for an essay writing competition.

Essay on Seasons in India for Students and Children | PDF Download

Dear Students and Children, you can download the Seasons in India Essay in the Hand Written Format by Clicking the Below Click Here Link.