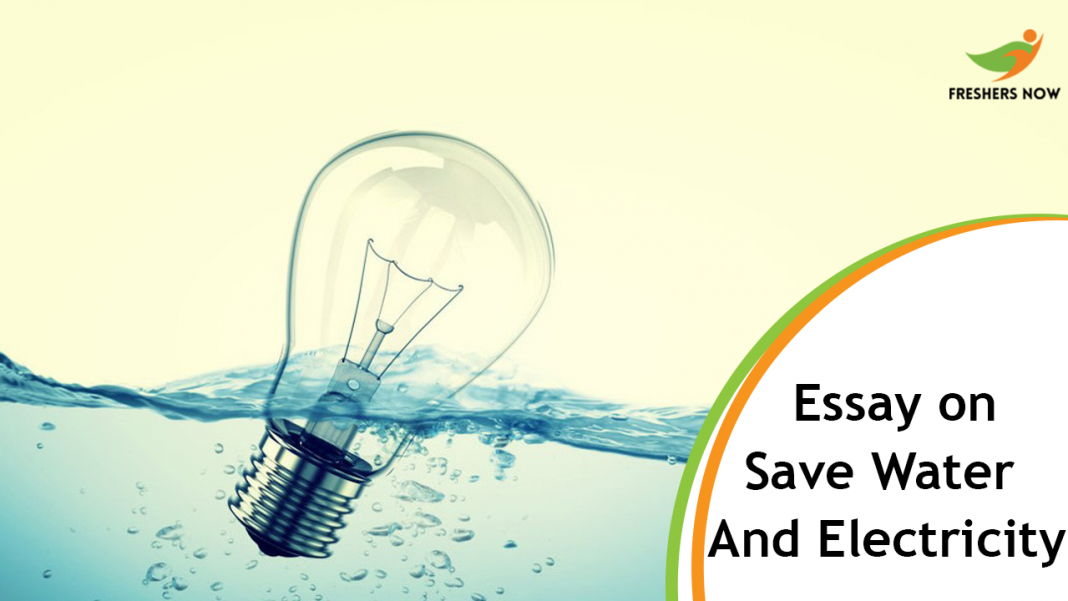 Short essay on Save Water and Electricity

In the modern days of the world, Water and Electricity are essential parts of the human’s daily routine. Water is God’s gift to the earth but electricity is a man-made thing by his knowledge. From the time of the discovery of Electricity the human discovered various things to include in daily work. The things or the discoveries made by humans will work with electricity. As technology increases the inventions increased and now it became like the human cannot live with those inventions. The heavy usage of the invention needs a lot of electricity which should produce with natural resources. These resources level came to endanger where the usages should reduce. So the save Electricity came into the picture in human lives.

Water was performing an important role for living beings and human health. Many human diseases can be cured with water as medicine. As the Global was filled with 70% of the water while the human body fills with 60% of the water. Only 3-4% of the water on earth is fresh water and other water is hard water and saltwater. Not only human needs many manufacturing companies and the production of electricity are purely dependent on the water. So the scarcity of water arises due to huge needs and pollution of water. The causes to save Water and Electricity are improper usage, heavy needs, pollution by humans, scarcity of resources and many more are involved. If a question like Save water or Electricity is raised, then according to it we should save water because we can live without electricity rather than water.

Long Essay on Save Water and Electricity

Water and Electricity play a crucial role in human life in the modern days. Water is very useful for every living being. Whereas electricity removes the darkness and gives light to us. At present, no human being will live without electricity and water. Both electricity and water became a part of human life. The major electricity production is done with coal or natural gas which are limited natural courses as well these are non-renewable. It is important to save electricity so that we conserve natural resources for the future. Similarly, the water is filled with 3/4th part of the earth but only 3-4% of water is useful for humans. So we should always save water for our daily life.

Water is a part of the world as well as the human body and the needs of humans. As the water present, the whole world is not useful as it was hard and saltwater. Living beings need fresh and soft water for drinking and various needs. The resources of freshwater are rivers, ponds, lakes, Rains, groundwater. As the population increases demand for water increases to fulfill the needs. However, due to the need for land the lakes, ponds, rivers are occupied whereas due to deforestation and atmospheric conditions no proper rainfall. By all these the scarcity of freshwater arises tends us to save water.

The causes of Save Water and Electricity are due to overutilization, high demand, pollution, no conservation, and many other usages of Water and Electricity. As the people are in demand of these resources there are no alternative sources the conservation is the only thing about water. Whereas due to technology the electricity is produced in form of solar energy. The technology should be developed in all paths rather than the single path which makes demand when usage. Even now the conservation of Electricity is present because the production of solar energy is economically high. there is no alternative for the water to the human beings to it must be conserved in all the available ways.

As the demand is increasing the saving of resources also increases. There are some techniques or ways to save water and electricity. The ways of Saving water are Rainwater harvesting, proper utilization of water, saving environment & greenery, increasing the groundwater level, the proper area for rivers, ponds to store water, etc. Whereas ways to save Electricity are the proper usage of power, an increase in solar usage, alternative inventions, smart power lights, thermostat, etc. The government should also look after the reserves of natural resources and motivate people to save in all areas. Saving of Water and Electricity should implement techniques like save electricity at school, Save electricity and water at home. The younger ones can come to know with the Save water & electricity competitions, drawings, paintings. All the people can know these important with an awareness of Save water & electricity advertisements, poster in the public areas. Every human should feel responsible for saving electricity and water.

Quotes on Save Water and Electricity

Save Water and Electricity: Images 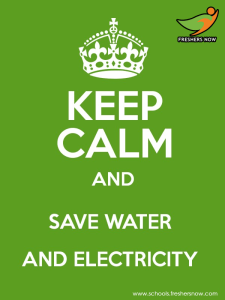 Dear Students and Children, you can download the Save Water and Electricity Essay in the Hand Written Format by Clicking the Below Click Here Link.