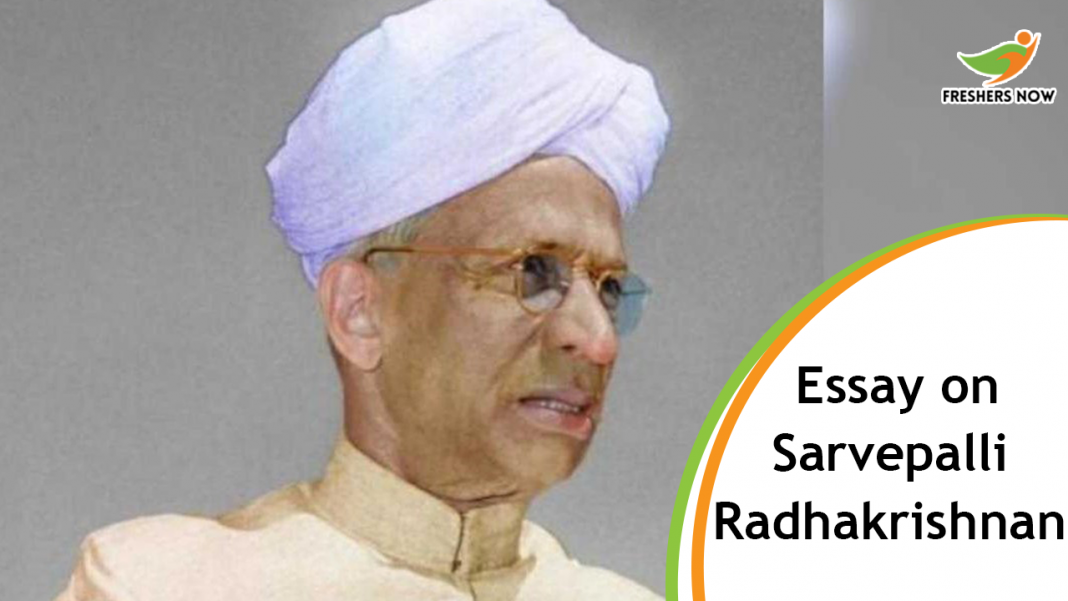 Sarvepalli Radhakrishnan is a philosopher, teacher, and author. He is the first Vice-President and second President of India. He is one of the great eminent people with all his qualities. He is considered as the role model for all the great freedom fighters for his struggle for education. He is a great statesman too.

Radhakrishnan’s birthday is celebrated as Teachers Day countrywide for the struggle he had made for the education of the children. He has given “Bharat Ratna” for the qualities that he possessed. He is one of the great personalities for his qualities and to receive awards along with the great leaders at that time. Radhakrishnan is recognized as the most influential thinker of the 20th century.

It is a Short Essay on Sarvepalli Radhakrishnan that describes his traits of him in a detail. Dr. Sarvepalli Radhakrishnan was born on September 5, 1888, in Tirutani in Madras. He was born in a poor Brahmin family. His father Sarvapalli Veeraswami who worked as Zamindari and his mother Saitama. His family was poor and they cannot effort for education. So due to that reason, Radhakrishnan has completed his education with the help of a scholarship. For the sake of his studies, he borrowed second-hand books and studied them.

He was joined in Voorhees College in Vellore and there on he moved to Madras for his studies and studied Philosophy as the main course and completed B.A and M.A in it. At the age of 16, he was married to Sivakamu. He was appointed as the assistant lecturer in Madras Presidency College. Radhakrishnan has only interest in mythologies of philosophy in
Bhagavad Gita, Brahmasutra, Commentaries of Sankara, Upanishads, Ramanuja, and Madhava, etc.

Radhakrishnan is a great man with all his excellent qualities and also a man with great vision. He aimed for International peace and harmony. His great achievements made them be the First Vice-President and the second President of India. He is the most admirable man ever since in the history of India. Coming to his nature of education, he was blessed by the great mathematician and also received a gift from him when he was going to Cambridge for his studies.

Radhakrishnan became a professor in Philosophy at Mysore University. Radhakrishnan is a great writer and he also received many appraisals from famous personalities. Later he was appointed as the George V Professor of Philosophy at the University of Calcutta. He wrote a book named Indian Philosophy which got published in the year 1923. Later after some years, he was appointed as Ambassador to UNESCO. He laid a strong foundation for the Soviet Union. He received many awards for his great contributions including the most prestigious Bharat Ratna award. Radhakrishnan died
on April 17, 1975.

This is the Long Essay on Sarvepalli Radhakrishnan all including the life in this essay. Dr.Sarvepalli Radhakrishnan was born on September 5, 1888, at Tirutani in Madras. He belonged to a very poor Brahmin family. His parents, father Sarvapalli Veeraswami worked at zamindari for his daily earnings, and his mother Saitama is a very polite person and also a kind-hearted person who stayed at home taking care of the house.

Radhakrishnan was not sent to school and his father wanted him to be a priest and later on, he changed his decision by seeing his intelligence and passion for study. His father’s earnings were not enough for his study and he borrowed the second and books for his education and studied them. He completed his education with the support of his scholarship. He joined Voorhees College in Vellore. After that, he was moved to Madras and did his B.A and M.A in Philosophy.

Later in the year 1929, he gave ideas on religion at Manchester College at Oxford. in the year 1931, he was appointed as the second vice-chancellor at Banaras Hindu University. He proposed and presented India at UNESCO and also became the Ambassador of the Indian Soviet. Radhakrishnan was elected as a member of the Constituent Assembly of India. Later on, he was directly elected ad the Vice-President of India and also the second President of India.

He wrote many books included Indian Philosophy which is published in the year 1923. Radhakrishnan was more passionate about philosophy and did his master’s in Philosophy and is more interested in mythologies of religions. His philosophy was simple and there is an adverse effect in the minds of people about his Philosophy.

Radhakrishnan is one of the most admirable by every person especially by children and teachers for the contributions he has made to education. He gave more importance to education and he also said that the youth are the future of progress for India so for that, they need to be educated. So in these words, education till today is playing a prominent role in the present world.

He found the best way for teaching is to exchange knowledge from one another rather than teaching for the sake of payment. His words and the qualities he possessed made him great. On his birthday of every year, the government declared it as “Teachers Day” and that was celebrated by the children and as well as teachers in an enjoyable by remembering his greatness of him. Radhakrishnan left this world on April 17, 1975, at the age of 86. 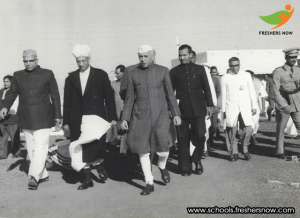 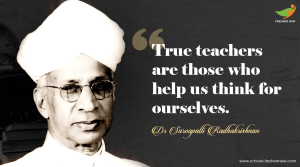 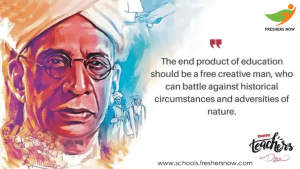 Essay on Sarvepalli Radhakrishnan for Students and Children | PDF Download

Dear Students and Children, you can download the Sarvepalli Radhakrishnan Essay in the Hand Written Format by Clicking the Below Click Here Link.