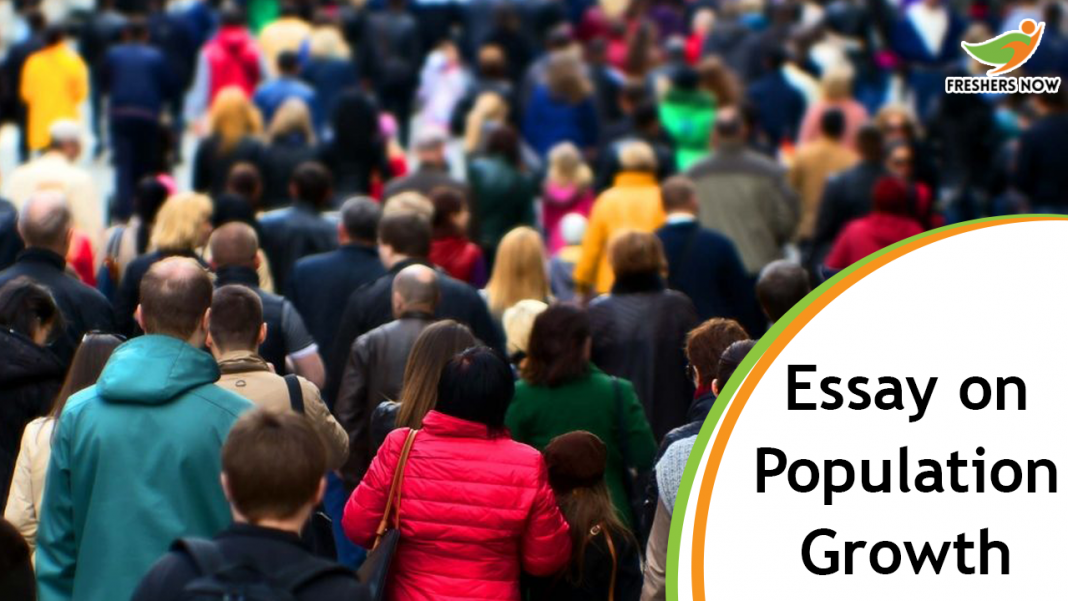 The growth of population in the present century is giving a challenge to the people and human lives on Earth. The rapid population growth around the world gives rise to the need for many resources for living beings on earth. As Population Growth is increasing there is the need for land, employment, and many other basic needs to sustain human lives successfully. The growth of the human population can be seen majorly in only a few countries and these occupy the major part of the population of the world. As people are increasing in only certain countries and these countries are densely populating and scarcity arises for the people of countries. The economic growth of the country depends on the population and employment of the people. With the increase in Population growth, there is a need for employment and opportunities for the people to run their families without any troubles.

However, Population Growth depends on the hands of the present population. The population growth will occur over a long period. In the past day of the world as technology increases the demand for youth arises then all the countries encourage to have a huge number of children in families. These scenarios tend to overpopulation and rapid population growth in the present century. The people and governments of those days didn’t think about the future and the needs of the people. Finally, the Population Growth rate cannot be controllable in the present day, and a lot of schemes need to bring by governments to control the future of the world.

As the count of living species increasing on the earth which can clearly say that increasing population growth around the world. However, in recent centuries it had become a difficult task to control the rate of growth. At present there 7.7 Billion humans exist on earth all these were scattered around the globe in different countries. Some of the countries densely populated like India and China, where are some African countries don’t even contain 0.5% of the world population. As human lives are increasing there is the demand for the needs of the people increases on the other the economy of the country is a challenge to governments.

The Causes of Population Growth are that everyone needs to increase their generation and their families on earth and the need for children for the people in old age. In this way, every person thinks to have children which tend to increase in population growth rate. In the past centuries, the need for youth for development has arisen. By this, the government asks people to have more children who can fulfill the needs of the development of the countries. As those children grow and they start having the children continue their family trees. However, this factor causes population growth which is mainly the childbirth rate.

Population Growth rate mainly depends on the birth rate and death rate of the people. The birth rate was only 0.1% in the countries of Europe and America on the other side there is over 1.5-2% of new birth in developing countries. We can see countries like India and China contains 35% of the world population sustain in these countries. As the huge population is located in some areas the density of people increases and demand for needs increases. The economic growth of the country, opportunities, nutrition, need for land, environment balancing, and many others will be the challenge for the government of the countries.

Losses due to population growth are Environmental pollution, Scarcity of natural resources, Deforestation for agriculture needs, increase in urbanization, Increase in Industries, etc. Mainly the huge loss is to the environment as the people increase the need for food increases as the similar need for land also increases. The two conditions cannot balance at a time and finally tends to increase food rates and land rates. The hungriness of the world increases as the cultivation of food products decreases, some countries like African countries had a huge scarcity of food and a high rate of drought arose.

Conclusion: We believe that the above essay on Population Growth was helped you to know some unique stuff and unknown points. The above Essay on Population growth and its impacts explained all the ways that affect the environment of the present and also for the future.

Essay on Population Growth for Students and Children | PDF Download

Dear Students and Children, you can download the Population Growth Essay in the Hand Written Format by Clicking the Below Click Here Link.