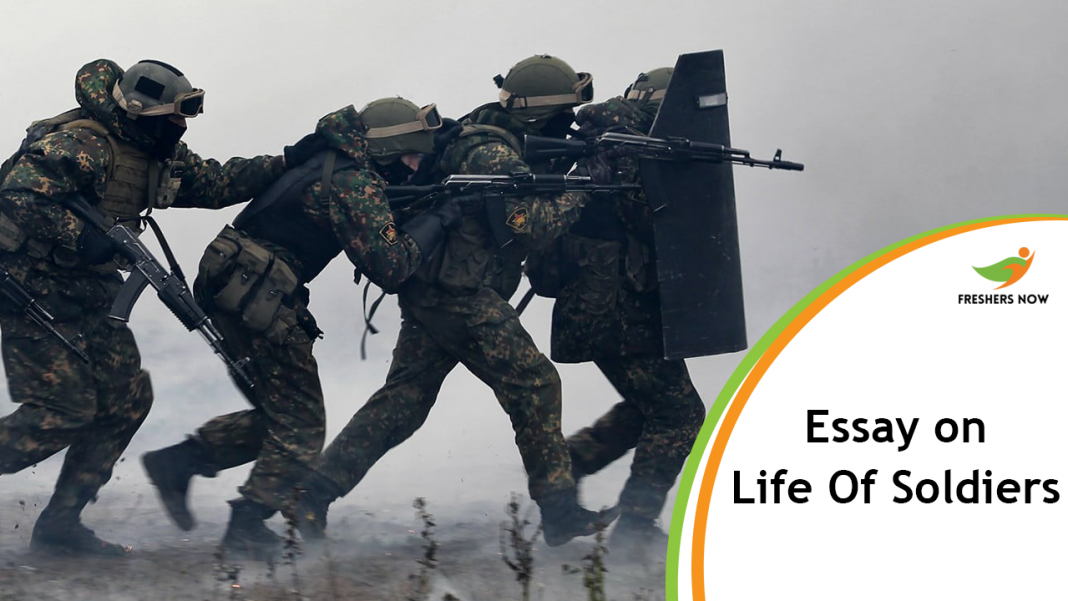 Long Essay on Life of Soldiers

The person who serves and dedicates his life to save and protect the country is the Soldier. Soldiers are the real heroes of the Nation. They protect the nation from the residents of the country from all the opponents exterior to the country. The Prime Minister of India Lal Bahadhur Shastri, termed the phrase Jai Jawan Jai Kisan, praising the two asserts of the country, are the Farmers and the Soldiers. They both play an essential role in the existence of the creatures in the country.

The Farmer feeds the people in the Nation, while the Soldier protects us from all the hazards from the threat. Soldiers are the protecting walls and the fighters of the nation to save the country and the people in the country. India is one of the largest Army forces in the world. They do not just protect the country from enemies but also serve and protect the people during natural calamities like floods, earthquakes, emergencies, and internal conflicts. The Soldiers just do not care about their lives and just sacrifice their lives for the Nation. The Army, Navy, and Air force are the defense services of India. They are the people who lead the country when the country is in impairment or targeted by the enemies for demolition.

The Army is the unit that deals with land-based issues, the Navy deals with water-based issues, and the Air Force is the unit that encounters the hazards that occur in the sky. Soldiers scarify their life for the safety of people and the country. They set aside their family and emotions to serve the motherland. There is no assurance for their life during the wars and conflicts, even though they are aware of it, they take the forward step for the motherland. They can’t be thanked enough. People have huge respect and love for the soldiers. They are honored by all the citizens of the country. Soldiers are responsible and loyal citizens of the country, who serve and sacrifice for the well-being of the country. Soldiers have gigantic responsibilities and tasks that need to be done.

Tasks of a Soldier

Life of a Soldier: Images 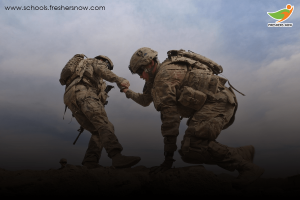 Conclusion: We should always be grateful for the Soldiers because, If we are enjoying our life and sleeping peacefully during the nights, it is just because the soldier is awakened for us at the borders. They are the people who sacrificed their lives and loved ones for the happiness and well-beingness of the country and the other families in the nation.

Essay On Life of Soldiers for Students and Children | PDF Download

Dear Students and Children, you can download the Life of Soldiers Essay in the Hand Written Format by Clicking the Below Click Here Link.