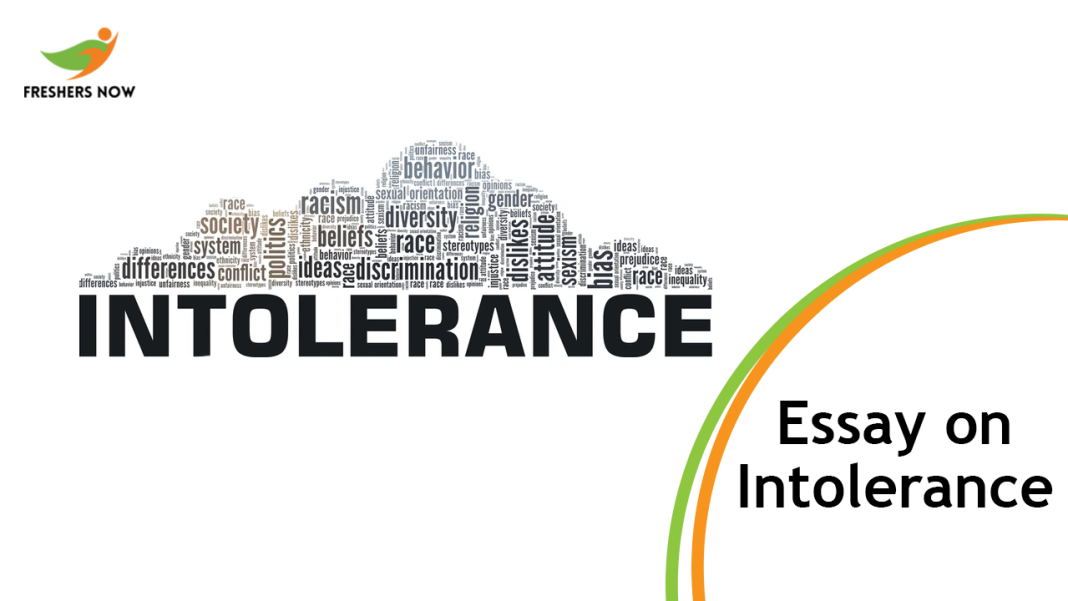 Short Essay on Intolerance in 250 words

Intolerance is a state of Unwillingness to take or respect the beliefs, practices, ideas related to other religions, caste, nationalities. This Intolerance can lead to violence between people of different caste and religions. The higher caste people will start discriminating against the lower caste, minority group people. Intolerance makes people’s minds not allow them to live united, freely and breaks the social rights of the people. In the olden days of India, there was religious Intolerance which leads to fighting between Pakistan and India. In the present day also the Intolerance can be seen in a few areas in some states and mainly covered in the villages.

Long Essay on Intolerance in 500 words

Intolerance is a state that will not accept the people’s beliefs, faiths of other caste or religions. Intolerance was still active in various parts of the world in many countries. Some countries maintain nationality intolerance, whereas these countries cannot combine with the other nationality people and start discriminating against them. In the past, a huge number of countries and their people adopted intolerance which may lead to wars and dividing of the kingdoms and ruling. The best example of Intolerance in Indian History is diving in India and Pakistan, where a large number of people died.

Intolerance separates the individual living in society and further results in the division of the country. It makes people and society without freedom for all people. The discrimination between the people and all religions will arise and result in fights, wars, and death to a large number of people. If the democracy needs to run without hurdles the Intolerance should not present in the people’s minds. The government should think about their people’s imagination and should motivate the people accordingly to live in peace. Every country’s government has a major role in the present modern days of the world. All the acts, laws should not hurt any caste and religious feelings and beliefs. The government should work with all the religions and caste and should only consider their economical efficiency.

Social Intolerance was present in the olden days in India. B.R Ambedkar’s life was the best example of Social intolerance. Low caste people are not allowed in any activities like schooling, enjoyment, they just have to live slavery under the high caste people. Social Intolerance means breaking human rights and no freedom for people to live in society. The conclusion for Essay on Intolerance is it will not make the path for the peaceful and successful life of the people. All religious leaders should teach their people to make a united society and think in a positive direction. All people should inculcate tolerance in their daily life and respect every person. Tolerance can make the country to be united and on the other side, intolerance will break the country and can lead to huge lives losses for the country.

Quotes on Intolerance in English 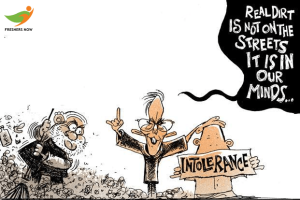 We believe that the above essays on Intolerance will help you know the pros and cons of Intolerance in India and the world. The unique information will help you to enhance the essay in competitions, exams like UPSC, SSC.