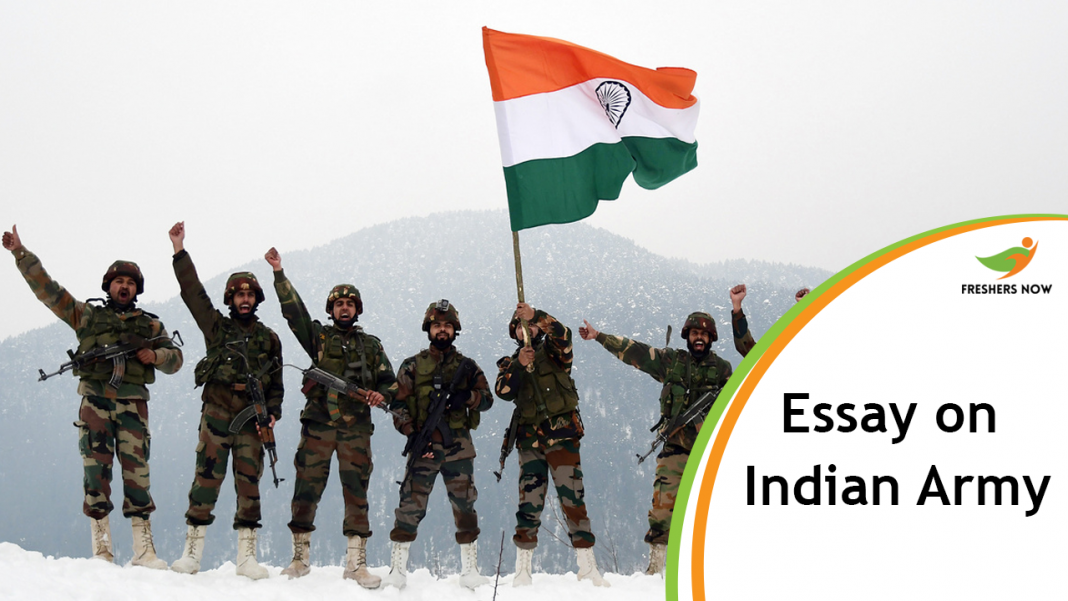 India is a land with diverse people, it faces many intricate troubles now and then. The Army will protect the country from all the hazards and will be the barrier to all the critical situations that damage the nation and inhabitants in the nation. Peace in the country is prevailed by the Indian Army.

Indian Army is the second-largest army in the world. There is about 1.23 million personnel on the active rolls and 9.6 lakh in the reserve roll. The Indian Army will protect and guard the country against land-based attacks. Indian Army deals with the attacks of the terrorists, handle the most horrible situations is happening in the country, and also will be the saviors of life of people during natural disasters in the country like an earthquake, floods, heavy rains, etc., the Indian Army fight in opposition to the external antagonism and internal coercion, they uphold the harmony and safety measures surrounded by the Indian borders.

Indian Army participated in wars like World War I and World War II before the Indian Independence during the British Rule.

After India got its Independence it took part in quite a few full-blown wars like:

The Indian Army day is celebrated on the 15th of January every year at the “Amar Jawan Jyoti”, Indian Gate in New Delhi.

Conclusion: Love and Affection towards the nation will lay the way to the Soldier’s life and this will form the Indian Army. They scarify their happiness and life for the nation. Their families are set aside to protect all the other families in the world.

Essay on Indian Army for Students and Children | PDF Download

Dear Students and Children, you can download the Indian Army Essay in the Hand Written Format by Clicking the Below Click Here Link.