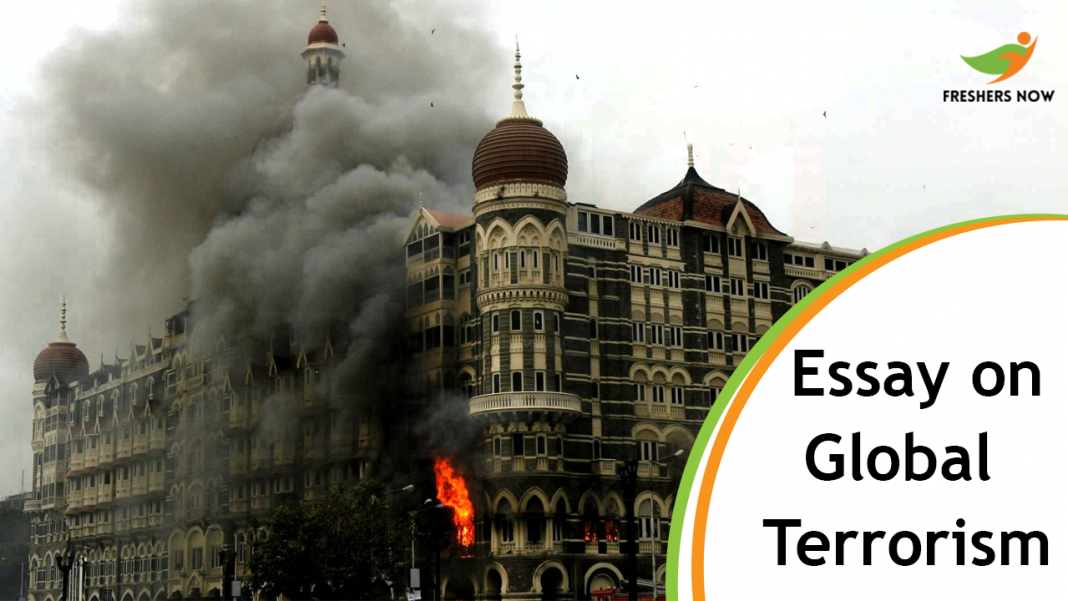 Global Terrorism is one of the topmost threats in front of many countries which need to get an endpoint. Terrorism is the way to create fear among the hearts of ordinary people in all illegal ways. In Terrorism, a person or group creates violence like bombings, highjacks, weapon firing, kidnapping, and many other ways. As we have seen in recent years the terrorism has spread all over the world to gain whatever they desire from those areas. However Global Terrorism was harming the people and the global economy and making the countries demolish economically. In Global Terrorism the major part is with many Arab countries like Iraq, Pakistan, and some other west Asian countries. On the other of these countries, are economically weak and don’t have any fame in worldwide organizations like WHO. As a result, they started moving and thinking in a negative direction like terrorism to showcase their illegal power to the world.

Global Terrorism is one of the types of terrorism makes harm all the famous and sensitive areas around the world. There are many famous places like the Twin towers, many international parks, the Indian Parliament, and many other famous places that are attacked by global terrorists. These Terrorists are trained by the groups and some governments of the countries to use them as a weapon to the country. Terrorist is the common people like us but the way they are motivated by the illegal people turns their work and behavior in all the negative directions. Global Terrorism causes the need for money, power, and also for some demands. All the forces of every country work against Global Terrorism and their terrorist to make countries safe and peaceful.

Long Essay on Global Terrorism and its effects in 500 words

Global Terrorism is the topmost illegal thing around the world and also the greatest problem for people. As we see nowadays the rate of Global Terrorism was increasing rapidly. This terrorism is mainly to showcase their power and challenge to strong defense countries like America and Russia. Usually, Global Terrorism will be formed in two ways i.e, by the government of countries and some private groups. Global Terrorism needs a lot of money to execute the plans and economy for weapons, chemicals, and also to migrate to other places. All the economic needs will provide by some governments of the country to use them as weapons to the country at the needed times.

Global Terrorism has a huge past which started in the 1st century AD. This terrorism was mainly due to the illiteracy of the people in those days. In those days people live only to sustain life and all the basic needs. In the 1st century, there are no kings and countries in the world but the people are divided in the name of religion. However, it had started in a small amount and rolled over many years, and became a huge ball. The massive thing throws or pushes the world into a threat and takes the lives of many ordinary people.

The causes of Terrorism is the production of large quantities of firearms, machine guns, nuclear weapons, political and Economical issues, Lack of Education, Bad associations, Fall of persuasion, and many other. All these causes normal people to fight against Terrorist and Terrorist groups. The Training given in the process of making a terrorist is very hard and these people are ready to leave their lives to kill the people. Child Trafficking victims are also members around the world who are brought and trained. These people were developed only in a negative way and don’t contain any emotions and feelings of the people as well there were always away from society.

The Treat of Global Terrorism is with some Arabian countries like Iraq, Pakistan, Libya, and some others. Most of Global Terrorism is situated in these countries and these governments even encourage these groups by helping economically, supplying weapons, and other needs. On the other hand, these countries have a very less literacy rate, and youth are involved in all types of terrorism. However, those countries itself troubled by their terrorist bombing and human or vehicle bomb attacks. These people target the weak and populated public areas like parks, religious areas, stadiums, etc.

Global Terrorism is also damaging the economy of the countries and all the tourist spots around the world. After the increase of Global Terrorism, the people were fearful to move to other countries and check the safe places to move for vacations. It was damaging the economy and the greatest places like twins towers which is the hub of Economy centers. However many common and ordinary people are suffering from this global terrorism and lots of people’s lives are affected by their attacks. To save future lives and attacks initially we should abolish terrorism in the world. 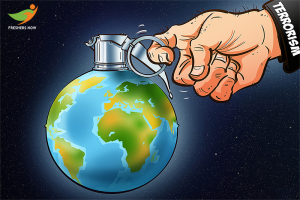 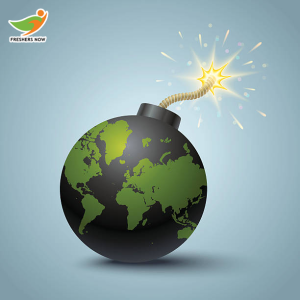 We hope that the above essay on Global Terrorism will help to gain some unique stuff to use at needed times. The above essays on Terrorism a Global Threat will be useful for students at exams & competitions and aspirants of UPSC & SSC.