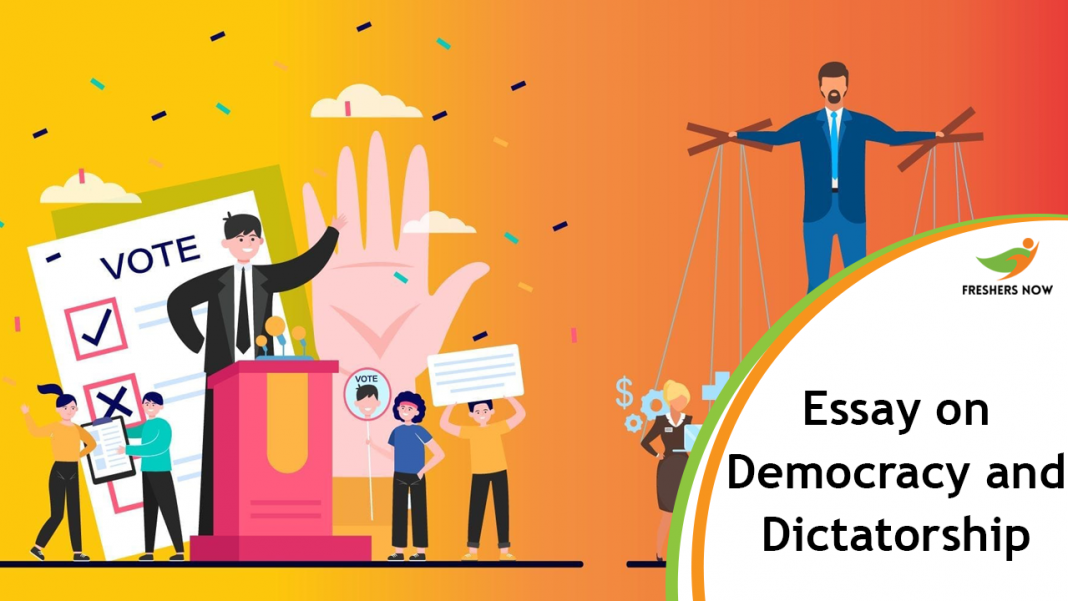 DEMOCRACY – It is a structure of government where the people have the power to choose their prevailing legislators.

DICTATORSHIP – It is a form of government exemplified by a single person in charge or group of leaders.

Democracy is a system of government in which the common people choose their representatives to rule them in the structure of government. The constitution of the country follows this type of rule. The general public elects its leaders by participating in the elections. Every citizen of the country has the right to take part in the process of progress to the nation. Directly or Indirectly the individuals play a key role in the enrichment of the country.

Dictatorship is a structure of government where it is ruled by a single leader or a group of leaders, where the common people are not implicated. Any sort of election is not conducted by the leader, and the person is referred to as a dictator. The person is usually accomplished by their family background.

Advantages Of Democracy and Dictatorship

Conclusion: Every phase of life has its pros and cons. People must be responsible and follow the correct path for the progress of the Nation.

Essay on Democracy and Dictatorship for Students and Children | PDF Download

Dear Students and Children, you can download the Democracy and Dictatorship Essay in the Hand Written Format by Clicking the Below Click Here Link.