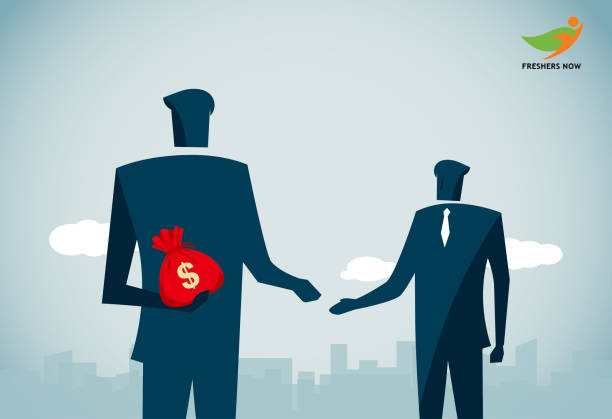 Corruption is an illegal activity done by the people in the name of power and weakness of the people. In India, Corruption is one of the challenges which needs to get an end to. But in India, the rate of Corruption is increasing day by day. The corruption was done by a person due to his needs or greed for money. According to data in India, 50% of the population is encouraging ways of Corruption. We should know How corruption takes place?. Corruption takes place when the work needs to move faster in the government offices than a person with power need to bribe. Similarly, there are various ways of corruption and it was built in various sectors. In India, Anti-corruption Day is celebrated on 9th December every year. It was celebrated at the international level with a theme every year for the day.

Corruption was inculcated in the daily life of the people as money makes the day for humans. It is not only present in India, it was in every part of the world. Many of the countries are becoming poor due to the high rate of corruption in the country. If corruption is high, similarly in the country percentage of poor is also high. Corruption is a man-made thing where nature gave equal importance to a human being on earth. As the world is running with money human beings also run after the money to get it. Human things that money is the only thing that gets everything into his life.

In a heavily populated country, corruption is a difficult task to get into control of the people. Corruption may also tend to economic destroying of the country. As the huge corrupted person will not invest or save a huge amount in the country, they deposit in other countries like swiss banks, etc. Saving the money of one country in another country means the part of the money which needs to circulate in the country is frozen. This resultant the improvement of the poor in their country and making damage to the country needs.

As corruption is man-made it can get an end when people and government work together for the nation. Every person should think positively that the whole society should develop and true rather than an individual should develop. Every child of the country should be taught about the truthful ways and fighting spirit against it. There are many ways to solve Corruption only when everyone should think about their nation and future generations.

Dear Students and Children, you can download the Corruption Free India Essay in the Hand Written Format by Clicking the Below Click Here Link.