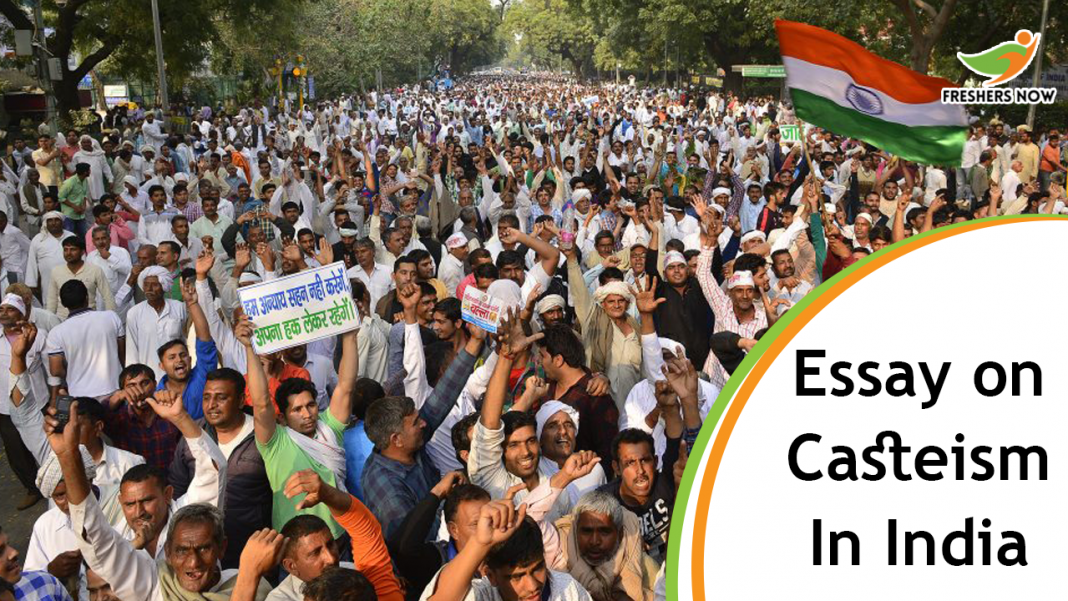 Casteism in India has a huge past which was followed by people from ancient times. Casteism in India is mainly seen in the Hindu Religion and some other religions. Caste System is nothing but the division of people in the same religion to form groups according to their needs and also to fulfill their demands. Similarly, the below essay on Casteism in India provides information about the topic in detail. An essay on the Caste System in India will provide the pros and cons of the system and much more unique information.

Short Essay on Casteism in India

Casteism in India is followed by people strictly from the past many generations. However, casteism had become a tradition in the lives of the people. As the people follow this division in the society the people who are at low were treated very low and huge discrimination over them. From the time Casteism is started had become an issue for the people of the society. The major casteism is seen in the Hindu people and they are following this division in the wrong way. Whereas casteism was present in other religions but the people will not care about their division and live in a united society. In India, 80% of the people belong to Hindu Religion so the country was filled up with casteism in every corner of the country. Some of the states in India are filled up with above 90% of Hindu people.

India is the country that follows the Vedas and Upanishads where people treated them as God or holy books. According to Vedas in the ancient days of India, the Hindu people were divided into four categories. Brahmins, Vaishyas, Kshatriyas, Sudras are the four divided categories of people in those days. Sudras are the most suffered and discriminated against people in society as they work hard and some unhygienic work areas. However, as the past moved on the strength and discrimination activities were fallen down and now all the people are equal to everyone. Many freedom fighters work against casteism and motivate the people that casteism is manmade which should not follow. Even the government of India had bought the laws against the troubles and issues faced by the people with casteism and now everyone united and works for the nation.

Long Essay on Casteism in India

Casteism refers to the division of people within the religion and forms up the groups according to the needs of worship. Casteism was majorly present in India as compared to other countries in the world. India is a country that contains 80% Hindus according to official data of the government. Hindu religion has the division of people in name of castes from ancient India. These Castes are followed by the people of Hindus from the past and Ancient days of India. In the ancient days, with the presence of situations and the environments, the people were divided into groups and worshiped the god.

According to Vedas, the Hindu religion was divided into 4 categories and people were lived according to rules and regulations framed to their category. Brahmins, Vaishyas, Kshatriyas, Sudras are the 4 categories of people divided into the Hindu religion. The people of Hindu follow the Vedas and Upanishads as the god wrote holy books for the people. By this many saints and other people start preaching to the people and say that to attain the blessing and wealth from god these must be followed. But the main motto of division into a caste is to differ the people according to their work.

But the casteism was an issue in the past and even in the present days of society. Where in the past the lower caste people ie Sudras who had discriminated against by the upper caste people. The Sudras are the people who work as fishermen, potters, cobblers, Sanitation works, and other unhygienic places. As the people of the Upper caste were lived with utmost hygiene and worked very less and smartly. The Kshatriyas are the kings and belong to the king’s families who had the power to make decisions for the people. However these people had discrimination against Sudras, yet those times the Sudras are the people who should not even talk against upper caste people.

Untouchability and some others are the branches that came out due to casteism in society. The lower caste people were not allowed to move freely in society, they were not allowed to enter into upper-caste homes and temples. These people should walk without chappals and children of the Sudras should work as their elders rather than to study. But as the generation and times move on all the discrimination activities are decreased and now people are living freely with freedom. But even in the modern society of India, activities are occurring in the country in the rural areas which are the hub for strict casteism.

The conclusion of the Essay on Casteism in India is that casteism is made by the humans themselves to work on some of the needs of the people in the society. The discrimination activities are illegal and should keep a checkpoint. However, the constitution of India was written equally for all people after consideration of the activities happening in society. Even in Modern India, there are Caste-based Riots are happening due to the improper working of the government for all the people. The Government of the country should educate people to use Casteism for positive activities like opportunities, education, jobs, and some other useful needs of people. Laws and Amendments should bring by the government of the country to remove the feeling of casteism in people. Every person should work hard for the development of the country and treat everyone equally.

Quotes on Casteism in India 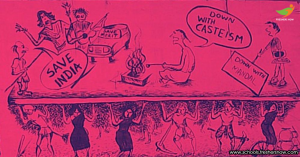 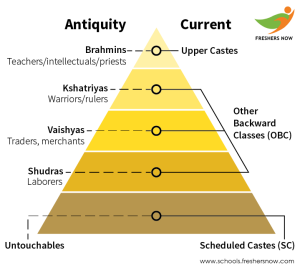 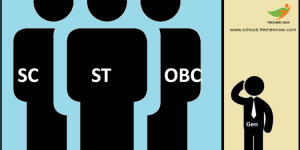 Essay on Casteism in India for Students and Children | PDF Download

Dear Students and Children, you can download the Casteism in India Essay in the Hand Written Format by Clicking the Below Click Here Link.