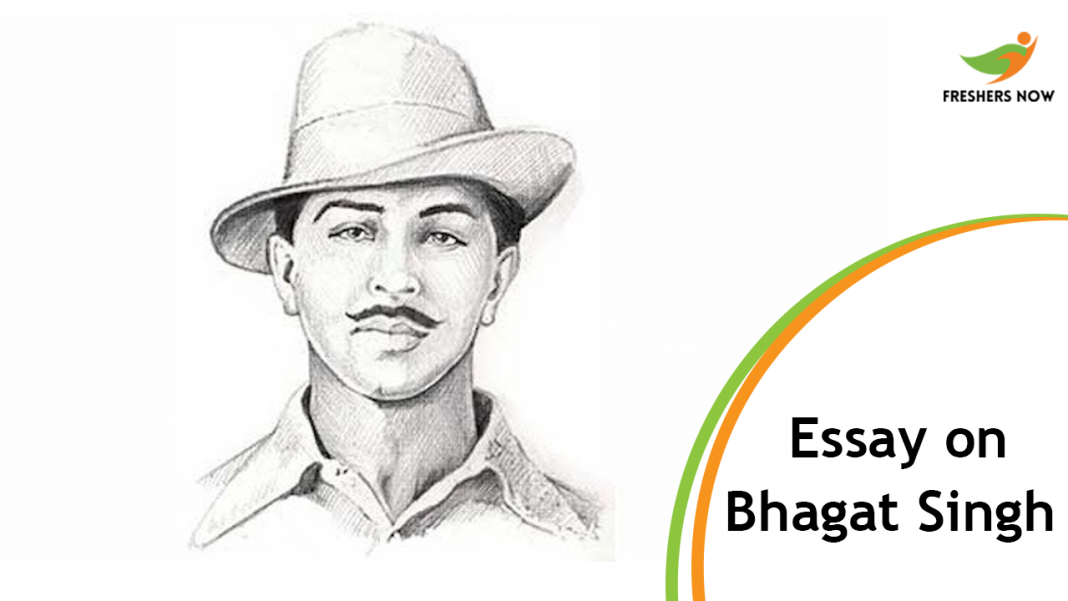 This is a short Introduction to the Essay on Bhagat Singh. Bhagat Singh is a great revolutionary leader. He took an active part in the movement for Indian Independence. He fought for India to set India free from British rule. He joined the Indian Movement and lost his life for the Independence of India at the age of 23. He has become the role model for the youth in the country to show love towards the Nation.

It is a Short Essay on Bhagat Singh which explains their life journey. Bhagat Singh was a great activist and revolutionary leader. Bhagat Singh was born on September 28, 1907, in Punjab. His parents are his father Sardar Kisan Singh Sandhu, who was a great revolutionist, and his mother Vidyavati Kaur. His family participated in the revolutionary activities against the British rule for the injustice that they are making for the people of India. He is more patriotic about his country and made his goals in such a way as to let the British be out from India. Bhagat was sent to DAV School in the year 1912 for his primary education. In the 8th standard, Jallianwala Bagh took place, and the next day he went to the bagh. Bhagat entered the bagh there he saw the blood of the people without any life in them. He took the sand of blood and kept it before Sikh Guru and prayed for the souls.

Bhagat Singh’s father is with the support of Mahatma Gandhi, so in 1920 Gandhiji started the Non-Cooperation Movement. So this movement called for boycotting the institutions. So for this reason Bhagat Singh left the school. He joined National College, Lahore, and completed his college education. Later on, the British Government held the Simon Commission and this commission did not include the Indians. On this point, there is a protest led by Lala Lajpat Rai and in this protest due to the Lathi charge of police Lajpat Rai was brutally affected and was in the hospital. After a few weeks, Lala Lajpat Rai is no more. This incident changed the decision of Bhagat Singh. He is anger to take revenge on the British and he killed the British officer John P. Saunders and for this incident, he was arrested. He was executed on March 23, 1931, at the age of 23.

Here is the Long Essay on Bhagat Singh his life history and the struggle for Independence. Bhagat Singh was born on September 28, 1907, in Lyallar, Punjab, British India. His parents are Sardar Kisan Singh Sandhu a revolutionist, and his mother Vidyavati Kaur. Bhagat Singh is the third son of Sardar Kisan. Bhagat Singh’s family is patriotic for the country. His uncle Swaran Singh participated in the Indian Independence. His uncle Ajit Singh, was arrested for the protest he has made against the British. By the force of people in Punjab Ajit got released. After the release, he made a movement called ‘Pagdi Sambhal Jatta’ agitating farmers and peasants for the movement.

In the year 1912, Bhagat schooling was done in DAV School, and when he was in 8th standard Jallianwalla Bagh took place. After the bagh, Bhagat said that he was going to school and reached Amritsar. Bhagat Singh entered the compound of Bagh and there he saw the ground was in red with the shed of blood on the ground and the people are lifeless and with torn clothes on the body. The walls of the compound are filled with the red color, the blood of the people who lost their life’s in the Bagh. Bhagat took a hand full of sand with the blood in the sand and kept that in the bottle. This bottle is placed in front of the Sikh Guru and prayed for the people for the rest of their souls.

Mahatma Gandhi launched a movement called the “Non-Cooperation Movement” in the year 1920, which boycotted the Government aided schools. So because of this reason, Bhagat left the school. He joined in National College in Lahore in the year Lahore. There he completed his college education with active participation in all the activities of the college. The essay which he wrote made him famous in college.

Simon’s commission was appointed by the British Government to take care of the Indian Administration for one year. In this commission, the British people did not include any of the Indians as the representative. So on this topic, Lala Lajpat Rai made a protest with a huge crowd walking for justice. The people protested as “Simon Go Back” and this protest went on seriously and there is a Lathi charge by the police on the people. In this charge, Lajpat Rai was injured severely and was hospitalized. After a few weeks, he left his last breath. This news made Bhagat Singh develop revenge on the British people.

Bhagat Singh took revenge by killing John P. Saunders a British Police officer. By this news, the British Government made a secret operation to observe the people. Many people are arrested and beaten by the police. Later Bhagat decided to fight against the rights of the farmers. He decided to destroy the Central Legislative Assembly with the bombs. For this reason, he was arrested and kept in jail. In jail, he went on a hunger strike along with other persons in the jail. Finally, he was executed on March 23, 1931, at the age of 23. 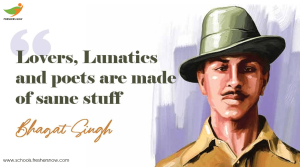 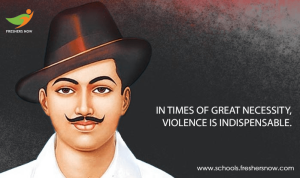 Essay on Bhagat Singh for Students and Children | PDF Download

Dear Students and Children, you can download the Bhagat Singh Essay in the Hand Written Format by Clicking the Below Click Here Link.