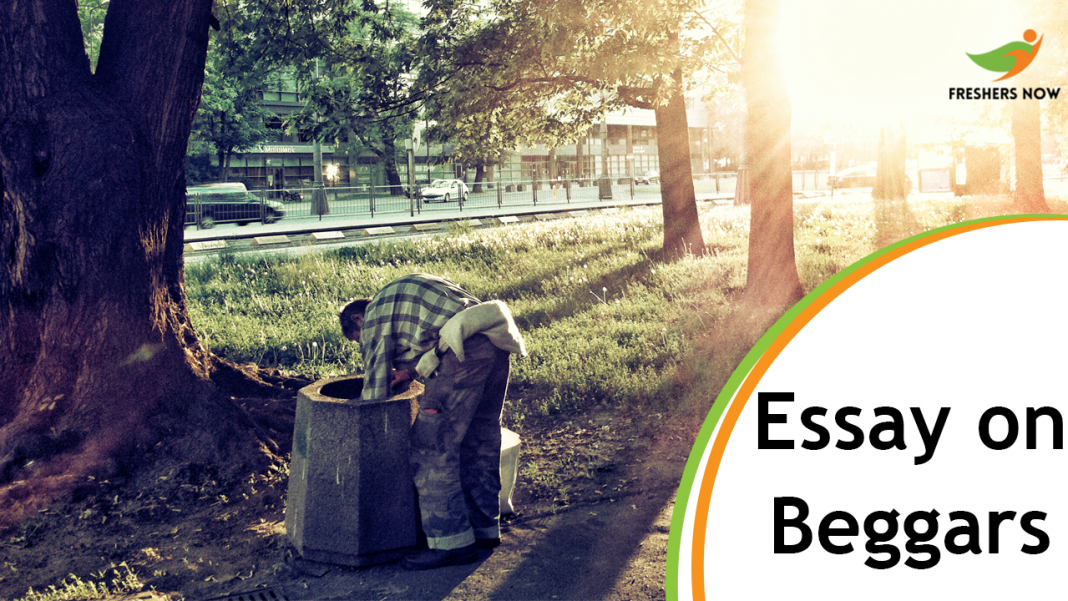 Who are Beggars?. The people who are very poor, who don’t even have food to eat, clothes to wear, and the people who are orphans. The main reason for begging is to gain income for their needs. Some beggars will be with disabilities, old age people, and orphans who beg for food as they cannot involve in any kind of work like normal humans do. And some of the beggars will be physically fit, but still, they go begging because of laziness, those people will not show any interest in working hard and earning the money instead they simply beg. Similarly, the below essay on Beggars contains all the detailed information about the topic. The below Essay on Beggars in India will explain the problems and how their daily life and some unique points.

Beggars are the people who beg for food these cannot effort economically and source of income rather than begging. Most of the beggars are physically unfit and cannot work like normal people. Some beggars are old people who are prohibited by their children or families. There are some children who Beggs at small age rather than study. However, most of the Beggars are orphans and also some are prohibited from their families. Rather than this type of beggar, some beggars are physically fit to do some work, but they even beg for money from other people. By this type of beggar, people are lagging to help the real beggars. Beggars are the people who face problems with the environmental conditions and scarcity of food & freshwater.

Beggars in India are approximately 4 to 4.5 lakhs in count according to 2019 data and majorly in West Bengal State. These beggers live in slums and roadside. Many of the Beggars on the Roadside lead to death due to road accidents. The old and young beggars due to hungry and environmental conditions cause sickness and tend to death. There are many NGOs that are reaching the beggers to fill their hungriness and provide shelter. In India, child beggars have a concern in people, by this many families force these children for begging. Even some Child Trafficking Rackets involve the children in begging for their needs by developing fear in their hearts. Street begging, Traffic signal begging are some of the types of beggings present in India.

Beggars are the poor people and some orphan people who cannot get food daily and they are highly economically unfit. Beggars are made as a category in the present world. These people are of various ages from childhood to old age. Majorly in the beggars, there are kids below 15 years and older people above 50 years. These are the age categories where the human can’t able to work as a youth. As these cannot work they ask the people to help them economically or to provide needs to their daily lives.

The count of beggars around the world in large amounts depends on the economy of the country. If the poor in the country is high then parallelly the beggars in the country will also at a high rate. In some countries like America, beggars are called homeless people where they have respect as common people. But in the countries like India where the count is high people will discriminate and doesn’t they are also human as them. The economic situations make human life as beggars or rich people.

Beggars in India are at a high rate where they can be seen in every part of the country. Some of the states like Maharastra, West Bengal had a high rate of beggars than the other countries. The occurrence of beggars in the country depends on illegal activities like black money and improper ruling of the country in the economy. In India the rate of poorness and beggars are increasing due to the corporate systems, illegally profited people, preference of wealthy people. As the economy was stored by the people in other countries the money which needs to circulate in society was frozen.

The trust in helping the beggars in India had been lost because where a lot of physically fit people were also involved in begging. Some people think it is the best way to earn some money without any physical effort. As there is an orphanage and old age home to help the homeless and economically unfit people. But these people are involved in begging only because of the money offered by the people to them on roads and public places.

In India, child beggars have a soft corner in the hearts of the people. With this many children, trafficking rackets migrate children to other states and force them to beg to get the food and parallelly profit to racket team. By this, a lot of children lose their valuable future and enjoyment of childhood. On the other, some of the def and dum children and handicapped children cannot get the proper support to their needs. As the beggars are more in the country it will damage the fame of the country and makes damage in all sectors of the country.

The government should allow some space or build some buildings and make these beggars occupy it. All the people should help the people who stay in those buildings allotted to them. The people should think while helping the beggars whether they are unfit or not. A set of rules should bring by the government to consider the individual as a beggar or not. All the NGOs and governments should work together to provide basic needs like food, water, and clothing. The beggars should not be criticized because they are humans like us. People should also educate people or provide the opportunity for physically fit people to live their life independently. 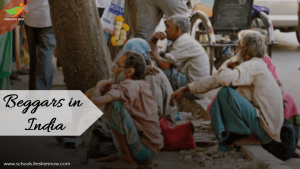 Essay on Beggars in India for Students and Children | PDF Download

Dear Students and Children, you can download the Beggars in India Essay in the Hand Written Format by Clicking the Below Click Here Link.