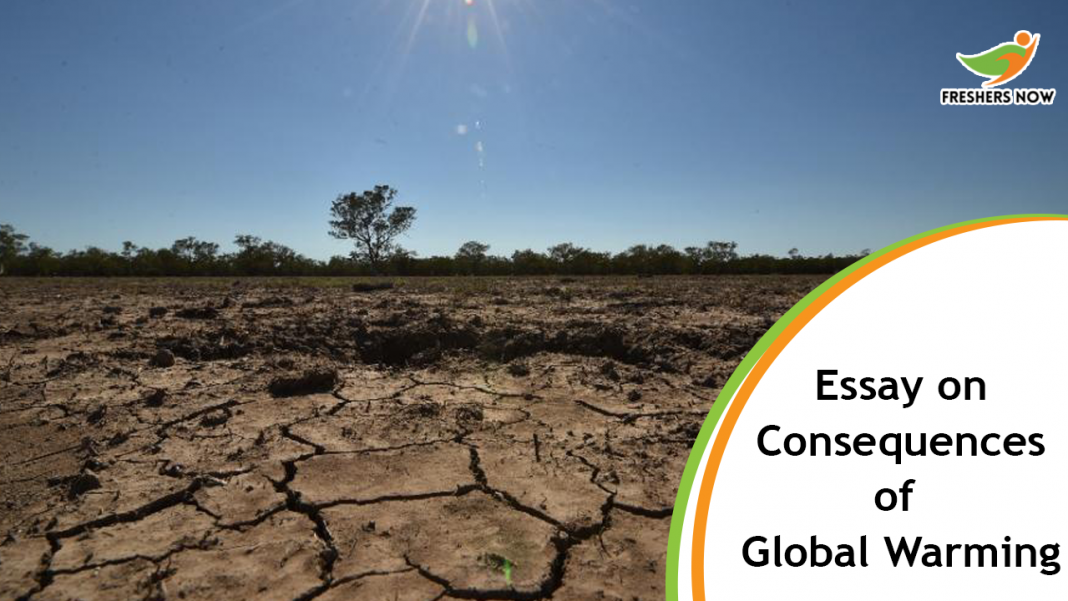 Global Warming refers to warming up the climatic conditions around the world. However, all humans know that it was caused and encouraged by all human beings to complete their activities. All the human activities that are destroying nature and the parts of healing nature were getting reduced. As a result, all the activities are increasing day by day and the healing parts of nature were decreasing. Both these are combined for the increase of global warming. As nature gets destroyed it returns to effects nature and leads to hard consequences. These consequences of global warming are initially there will be a rise in temperatures around the globe. This rise in temperatures melts the glaciers, which in result to increase in sea or ocean level.

The consequences exposed by global warming will be very high where humans can’t fight against it. The main consequence that leads will be climatic changes and increasing temperatures. As the ocean levels are increasing it separates the continents and merges the small islands into the oceans. It leads to a rise in the temperature of oceans and brings up the scarcity of water. As a high amount of carbon dioxide was present in nature it acidifies everything in the environment. Water reacts with carbon dioxide contents in nature result in acidifies and affecting the aqua life and its food chains. Humans and other living beings can lead to death as pure water scarcity arises. Consequences that affected the ecosystem can be healed according to the level of damage. The best example is the holes in the ozone layer, it took decades to heal the holes with the high efforts of people all over the world. So every human should follow the solutions even from today to heal nature for future days of the world.

Global Warming is the topmost global issue in the present world and the environmental conditions. Global warming is the one which causes due to destruction of nature but even global warming will also destroy nature. It destroys the various parts of nature around the world in the ecosystem. However global warming was caused by all human activities and some natural disasters. Global Warming was present from the birth of the earth but it was healed with the other parts of nature. But the humans destroy the healing environment like trees for the needs of them to sustain their lives flexibly.

The consequences of global warming are nothing but the effects of global warming on nature and all human lives. The effects on nature will be high and as well as low according to the level of effect of nature in those areas. The effect of nature can be regained with all the solutions or prevention steps by human beings. By these consequences, the lives of humans and living beings are troubled due to its effects on the needed environment. It has high effects on the essential needs of living beings like air and water.

Global Warming consequences will be at heavy like holes in the ozone layer, melting of Iceland and Antarctica, increase in ocean levels, Merging of land in the oceans, separating continents, acidifying the oceans, etc. These heavy damages to the environment will not heal in a limited time. All the humans on the earth should work together with the heal of the environmental damage. Trees are the major part of the healing of the environmental damage but the growth of trees and improvement in green was decreasing which led to a rise in global warming.

Huge levels of carbon dioxide will combine with all the parts of nature and damages it in all possible ways. It combines well with water easily and varies the PH levels of the water to acidic nature. The acidified water will damage aquatic life and brings up the scarcity of water as it was not useful to consume. Agriculture and its branches will get affected by improper climatic conditions for the crops to cultivate. The consequences of Global Warming will be very high where living beings cannot exist if the effects of the environment move to further levels. Humans need to follow all the prevention steps for their future and further generations to exist on Earth. 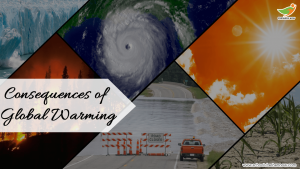 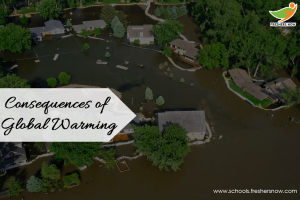 We believe that the above essay on the Consequences of Global Warming will help you and the information in the essay will help to know the condition to bring awareness to people.

Dear Students and Children, you can download the Consequences of Global Warming  Essay in the Hand Written Format by Clicking the Below Click Here Link.