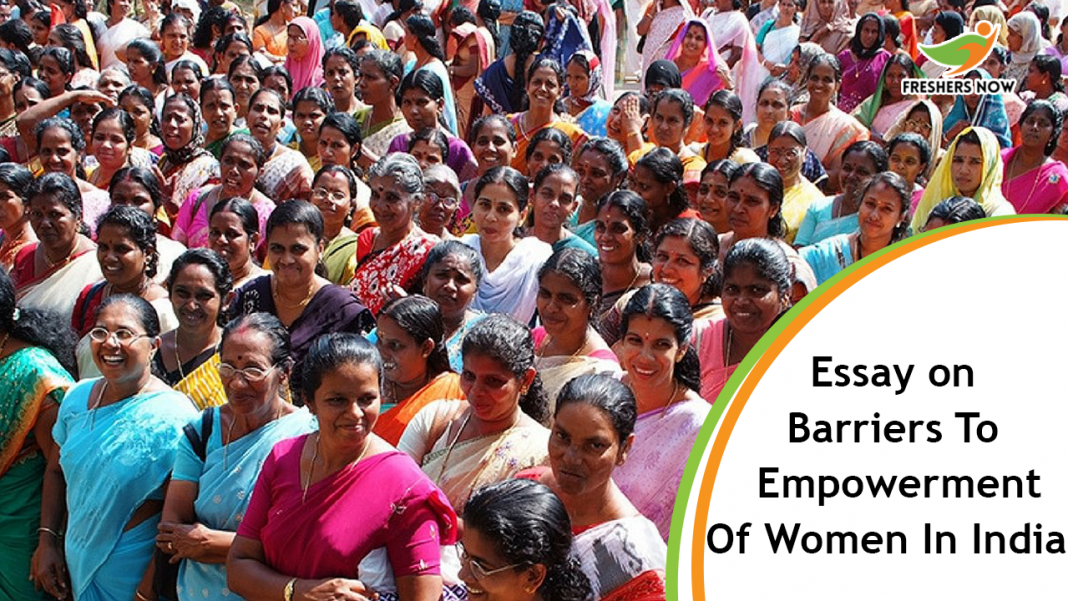 Small Essay on Barriers to the empowerment of women in India

India is one of the developing countries in the world. One of the factors to be as a developing country is due to lack of women empowerment. It is one of the practices followed from the ancient days of India, where women have been discriminated against and not allowed to take decisions. In the society of Ancient India, women are not allowed into society and were suppressed not to talk against anyone. The fear was developed in the hearts of the women which made them prohibition of decisions. However, it made women lag in empowerment in society. There are numerous barriers to the empowerment of women in which one of the main issues is the religious norms. In some of the religions and sections in the society are not allowed the women to take decisions and attach them to the household works.

In India, the mindset of the people is narrowly for women’s empowerment and made women after the needs of the family. From the childhood of women, they were suppressed by family decisions. The society of India is not secure in empowering women. So the parents will make the decisions for women their whole lives. In this process marriage is the issue troubling the huge number of women in India. The people of India were not allowed the girls to choose the life partner for the rest of their life whereas this issue is seen in present India also. There are many more barriers still to solve for the life of women in society. As the government had bought out the rules and laws but they are not effectively applying to society and people.

Women have an equal part in everything according to nature. But women don’t have that amount of freedom in their whole lives. However, the discrimination of women for their whole life had become a tradition that was followed from ancient times. If we consider the ancient days of India there were no rules and regulations to the society. The ruling of the British people is also an added thing for women’s suppression in society. According to the Britishers, women should not have any assets, rights in society, importance, and much more discrimination acts.

As time passed with a lot of struggles by the people of the country women got equal importance as men according to the constitution of India. India is a country that trusts traditions at a higher level where makes the barriers for women even in Modern India. Some barriers affect the women by religion and some by fear of the women to fight against. In the olden days, women are not allowed to do any activity in society. Only men are allowed for all the activities and decisions in society. Women were suppressed and are not allowed to express their feeling to society.

Some of the barriers that are affecting women’s empowerment are Caste System, Dowry, Female age at marriage, Gender bias, Parental preferences, etc. People of India are always narrow-minded to open their girls into society and made them follow the decision of their parents. If a family contains a boy and girl, then the only boy was allowed to engage in any activities of family and also in society. This creation of the minds of people is due to improper security and discrimination activities happening in society.

Empowerment of women refers to the right to decide on their women and never depend on others for anything in their life. The women should have benefits like assets, enjoying their own life, achieving economical status, facing risks, and some others like the men. In the present day by the laws and schemes of empowering women had achieved some of the results in society. But some of the strong barriers like caste and religious norms make the women lag about empowering.

In the whole life of the women, there is no matter of empowering them and on the other hand, they were suppressed by others and elders’ decisions. The women are empowered even they reached a mature age. The families of India were not allowed to take decisions by the women in choosing the life partner for the rest of their lives. This makes women suppressed even after their marriages, major women are facing trouble with their partner and leads to divorce. The rise of domestic violence is due to the lack of empowerment of women.

Many women’s harassment issues can be solved with the empowerment of women. However, the women were empowered in the politics and government sectors with the reservation. This was achieved by the laws in the constitutions. In the present day, there are a lot of schemes that came into the picture to help women economically, securely, and in many other ways in society. Some of the schemes of women empowerment are UJJAWALA, Beti Bachao Beti Padho, and some others which help the women of India are different age levels.

Quotes on Barriers to the empowerment of women in India

Barriers to the empowerment of women in India: Images 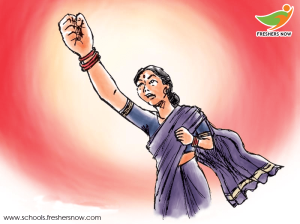 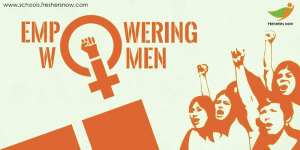 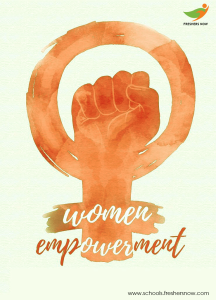 Dear Students and Children, you can download the Barriers to the Empowerment of Women in India Essay in the Hand Written Format by Clicking the Below Click Here Link.